While the northeast United States braces for record-breaking winter storm conditions, residents of Puerto Rico are still struggling to return to life-as-usual two months after Category 5 Hurricane Maria devastated the island on September 20th. As of the beginning of 2018, more than 70% of residents still do not have electric power, and more than 250,000 homes that were destroyed have yet to be rebuilt. Thankfully, Church’s Chicken® has been a consistent bright spot for the people of Puerto Rico, thanks to the diligent efforts of its local franchisee, South American Restaurants Co. (SARCO). The group, which operates 110 Church’s restaurants on the island now reports that 98% of locations are open for full service – providing much-needed hot, hearty meals and clean drinking water to the thousands in need.

While many businesses have either closed or are waiting for the island to recover before resuming operations, SARCO has been active in rebuilding efforts since day 1 after the hurricane. “Following the storm, the very next day, we had people here in the office eager to go back to work at the restaurant,” explained Felipe Flores Rolón, Senior Vice President of Marketing for SARCO. “That was both exciting and unexpected – the level of commitment from our many restaurant employees. We all live here, so this is our community as well. As restaurants opened, our commitment was to serve the people—first, by having food and second, by being a place where families could come together. The food is a necessity and the place to come together is an anchor of normalcy – both give you the peace of mind and strength to go on. That is how Church’s and the people of Puerto Rico have survived and how we will all continue to rebuild together.”

The SARCO group, which has been in Puerto Rico for nearly 40 years, made several decisions along the way to prepare their restaurants for hurricane conditions that are common in the Caribbean from June through November each year. In doing so, 10 Church’s Chicken restaurants were re-opened the day after Hurricane Maria hit, and other restaurants quickly followed suit. SARCO also came to the aid of its community in the true Church’s spirit of “Stepping Up” and “Doing the Right Thing” by donating 35,000 hot meals, 120,000 bottles of water, and 50,000 gallons of diesel fuel.

“SARCO is one of the largest and most respected franchisees in our system,” said Tony Moralejo, Executive Vice President of International Business for Church’s Chicken/Texas Chicken. “Their mission is ‘To Serve Happiness in Every Meal’ and I can think of no greater demonstration of that commitment than their investment in backup generators, alternate water supplies, and programs to help displaced employees.”

“We are a brand built on doing the right thing for our employees and our communities in good times, and even more so during tough times,” said Joe Christina, Chief Executive Officer for Church’s. “The team at SARCO invested heavily in infrastructure for those ‘what if’ scenarios – and that planning has secured jobs and access to quality food in Puerto Rico in the aftermath of this extremely difficult hurricane season. I commend the entire team for their leadership and sense of urgency to do the right thing by securing the safety and welfare of our employees and their families– ultimately getting us back to business quickly and safely. In my career, I’ve never seen such an excellent example of working together.” 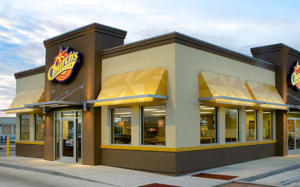 Church’s Chicken® Puerto Rico is operated by South American Restaurants Corporation, a company of the Larrea Group.   This local Group manages several restaurant chains on the island since 1978. The first Church’s restaurant on the island opened its doors in 1978 in the city of Bayamón. Puerto Rico is the only market in the world where the Church’s® chain occupies the leading position in the chicken restaurant segment. Church’s® is distinguished by its selection of fresh chicken empanadas with the unique flavor of chicharrón and its honey butter biscuits, as well as its wide menu of fresh products of the highest quality, including breakfast. Church’s mission is: “Serve joy at every meal.”

Founded in San Antonio, TX in 1952 by George W. Church, Church’s Chicken® is one of the largest quick service restaurant chicken chains in the world. Church’s® specializes in Original and Spicy Chicken freshly prepared throughout the day in small batches that are hand-battered and double-breaded, Tender Strips®, honey-butter biscuits made from scratch and freshly baked, and classic, home-style sides all for a great value. Church’s® (along with its sister brand Texas Chicken® outside the Americas) has more than 1,600 locations in 27 countries and international territories and system-wide sales of more than $1 billion. For more information about Church’s Chicken® or Texas Chicken® franchising opportunities, visit http://www.churchs.com/franchise_get-started.php. For more information about Church’s Chicken visit www.churchs.com. Follow Church’s® on Facebook at www.facebook.com/churchschicken and Twitter at www.twitter.com/churchschicken.