PHOENIX — Assisted Living Locators was recently ranked in Entrepreneur magazine’s first Top Growth Franchises list. This list recognizes the 150 companies with the greatest positive franchise unit growth in North America over a three-year period, based on data submitted for Entrepreneur’s Franchise 500® ranking. Thanks to its exceptional growth, Assisted Living Locators was ranked #123.

“We’re honored to be named to this prestigious list,” said Angela Olea, Assisted Living Locators CEO RN. “Our consistent franchise sales, even during COVID-19, demonstrates that franchisee candidates are recognizing the senior space growth potential and the essential need for Assisted Living Locators services. We offer an affordable franchise opportunity with a growing customer base, where you can make a difference in your community.”

“By maintaining steady, sustained growth over several years, these franchises have demonstrated that they have the systems in place to support their franchisees and help them become successful,” says Jason Feifer, Entrepreneur’s editor-in-chief. “Now as these and other companies around the country face unprecedented challenges, they may see their growth slow, but that record of success could prove more important than ever.”

To determine the 2020 Top Growth Franchises ranking, Entrepreneur looked at each company’s U.S. and Canadian franchise numbers over a three-year period (from July 2016 to July 2019; given the rapid changes, COVID-19 impacts weren’t taken into account). In order to qualify, companies had to have positive growth of at least five units each year. They were ranked based on a formula that considers their total positive U.S. and Canadian franchise growth over the three years.

To view Assisted Living Locators in the full ranking, visit entrepreneur.com/franchises/topgrowth. Results can also be seen in the September issue of Entrepreneur, on sale September 1st. 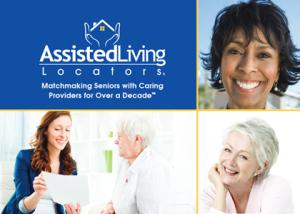