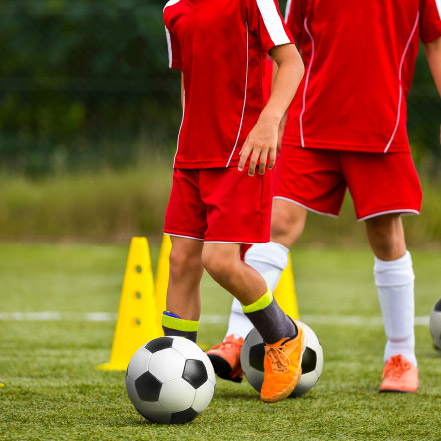 In the latest census, it was estimated that there are 74 million children in the U.S. With more than 20% of the population under the age of 18, would-be franchisees are increasingly looking into starting a franchise that serves children. By Sue Bennett

In the latest census, it was estimated that there are 74 million children in the U.S. With more than 20% of the population under the age of 18, would-be franchisees are increasingly looking into starting a franchise that serves children.

From sport camps to tutoring, there are plenty of options, and it’s no wonder that franchises aimed at children are on the list for hottest franchises in the U.S. There are several reasons for this growing popularity, not least of which is how much parents are willing to spend on activities for their children.

Children’s franchises attract some of the highest average spends nationally

According to research conducted by SunTrust Bank, 40% of American families spend more than $1,000 per year on their children’s extracurricular activities.

This lucrative market has been formed, in large part, by the shift of parents having kids in their thirties as opposed to their twenties, by which point they are much more financially stable.

This segment achieves the rare feat of exhibiting growth without the help of a growing audience. In fact, the number of children proportionately continues to shrink, to the point where it is expected to dip below 20% of the total population at some point just after 2050.

However, against that backdrop of dwindling target market, it continues to grow at respectable rates.

Children’s and educational franchisees enjoy working in a rewarding sector

Whether you teach young children to swim for the first time or help a student become fluent in Spanish, the services you provide make a real impact. Few industries can give you the same sense of fulfillment and satisfaction when you permanently change a life for the better.

The best part is that you, as the business owner, receive a fair price (unlike many individuals working with children or in the education industry) for rendering your services. Starting a franchise that serves children genuinely is the best of both worlds.

Sue Bennett, CFE, CFC; co-owner of FranFinders, a franchise consultancy and funding company, with her husband Rob, since 2008. They have helped hundreds of clients create wealth through franchise ownership. For more information, visit franfinders.com.