TAMPA, Fla. — i9 Sports Corporation, the nation’s first and largest youth sports league franchise business, just announced the launch of their exciting franchise giveaway opportunity specifically for veterans, a first for the unique sports concept brand. The giveaway serves i9 Sports’ mission of helping kids succeed in life through sports by connecting a qualified veteran with a meaningful business opportunity at the local community level. Valued at $45,000, the giveaway includes a five-year franchise agreement, a waived territory fee and no repayment of the franchise fee.

In an announcement made at the Arlington, Texas “Business Beyond the Battlefield” conference—before an audience of veteran participants—Nathan J. Fleming, an American Army veteran of 15 Active Duty and four National Guard Years, and native of Van Vleck, TX, was named as the recipient of his own new i9 Sports franchise. The franchise territory will cover the majority of Plymouth County, an area not far from Boston, MA.

This was the first franchise giveaway organized by i9 Sports, but the company already has plans to continue offering the award to qualified veterans on an annual basis.

“I’m excited that a company like i9 Sports wants to do their part to give back to the military veteran community,” said Fleming. “As a parent of three boys who have played i9 Sports for the past five years, I’ve been able to see for myself the positives of a sports experience that puts fun first. I was willing to make my own investment to become an i9 Sports franchisee, so the fact that they made it available in a giveaway says a lot about them as a company.”

Over the course of Fleming’s Active Duty military career, he has been deployed overseas five times and held the position of Commander of the United States Army Advanced Airborne School where he was responsible for the training and safety for a force of over 30,000 Paratroopers to execute airborne missions in a combat environment. As a civilian, Fleming majored in kinesiology and is completing a master’s degree program in sports administration. He knew he wanted to find his own way in the sports realm of business after leaving the military. Receiving the i9 Sports franchise giveaway means Fleming will relocate with his family from their residence in North Carolina to be closer to his new territory in Massachusetts.

“My wife is originally from Massachusetts and she’s moved around with me to countless Army postings over my Active Duty career,” said Fleming. “To be able to start a new chapter and a new business back in her home state makes us really excited for what’s to come.”

“It is an honor to give back to those who have given so much for our country. Nathan’s demonstrated ability to offer world-class training to American soldiers, a passion for sports and serving his local community convinced us he would be a perfect fit as an i9 Sports franchise owner,” said Brian Sanders, President and CEO of i9 Sports. “All of this fit squarely into Nate’s wheelhouse and is a recipe for success in our franchise system. Nate will benefit from our strong operational systems, continual support from our home office team, and our enviable work-life balance on his way to success. We want to show veterans that a transition from the battlefield to the ballfield with us can be fun, rewarding and profitable at the same time.” 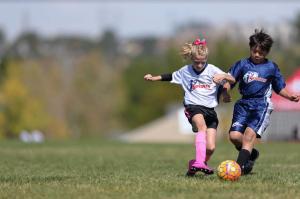 About i9 Sports®Since 2003, i9 Sports, the first and largest youth sports league franchise business in the United States, has served 2 million participants at over 925 locations across 30 states nationwide. Based in Tampa, Florida, i9 Sports has replaced a high pressure, adult-centered experience with a child-centered model that puts fun first. Customers enjoy the i9 Sports Experience which emphasizes age-appropriate instruction that is fun for kids and convenient for today’s busy families. It’s the Way Youth Sports Should Be®.