Nick Rosso is a seasoned veteran in the service industry. He is a co-owner and operator of Screenmobile locations in Omaha, Nebraska and Phoenix, Arizona, and has been a franchisee with the company since 2015. Rosso will begin serving Austin once his first location opens in June, expanding the community’s access to Screenmobile’s unparalleled level of service, industry-leading products and unmatched mobile capabilities. The team of experts at Screenmobile of Austin bring their services straight to the customers door, and from initial consultation to the completion of all projects, effectively and efficiently measure, manufacture and install screens for windows, doors, porches, patios, and more all on-site.

“Since joining Screenmobile in 2015, the company’s support and proven processes have helped me build a thriving, profitable business that has grown tremendously each year. While most industries are still recovering from 2020, Screenmobile’s model has been incredibly resilient to the challenges that paralyzed many other businesses, and that motivated us to purchase the Austin territory and continue growing with the brand,” says Nick Rosso. “Major cities throughout Texas are experiencing a surge of growth, attracting consumers and corporations alike to the area, and we’re thrilled for an opportunity to tap into that potential and begin serving residents of the vibrant Austin community.”

Screenmobile experienced continued success last year nationwide and statewide, with most local franchise owners reporting a 10 to 20% increase from 2019 to 2020. In addition to its expansion in Austin, the company currently has thriving locations in markets throughout the Lonestar State, including Dallas, Boerne, Humble–Spring and Round Rock. As the nation’s leading market for roll down screens, Texas’ increase in population density coupled with its lack of seasonality positions the state as a prime market for growth. With the Austin market officially sold out, the company is aggressively pursuing growth opportunities in key target markets, including Houston and San Antonio, offering Texans an opportunity to invest in a business model that has proven to be pandemic and recession resistant.

“Screenmobile is the first service brand concept of its kind, delivering a mobile, convenient experience that caters to a specific consumer need, and our role as an industry leader with virtually no competitors has been a driving force behind our nonstop growth. The success of our existing locations in Texas showcases why the market is a highly desirable region for prospective franchisees, and we’re thrilled to have an existing operator like Nick Rosso be a part of growing our footprint in Austin,” said Scott Walker, CEO of Screenmobile.

With more 139 franchise locations in 29 states, Screenmobile is the leading and largest mobile screen repair and installation franchise brand. Established in 1980, the company has created a niche segment within the service brand industry, providing extensive products, services and capabilities that can fulfill a wide-range of residential and commercial property needs. The company is currently seeking single and muti-unit operators to join in the brands expansion. For more information about franchise opportunities, visit http://franchise.screenmobile.com or call 760-835-1165. 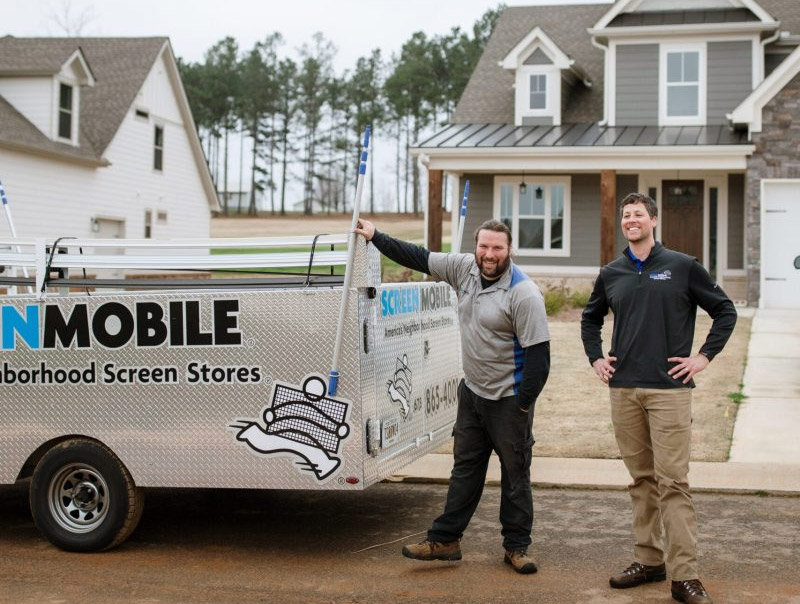 Headquartered in Thousand Palms, California, Screenmobile is the nation’s leading mobile screen service franchise with 139 franchise locations in 29 states. The rapidly growing concept has been ranked the #1 franchise in its category on the Entrepreneur Franchise 500 for 15 consecutive years. Established in 1980 as the world’s first network of mobile screen professionals, Screenmobile manufactures, installs and repairs screens for residential and commercial customers across the country, without the need to operate out of a warehouse or manufacturing center. The brand’s extensive capabilities go beyond traditional window and door screening, containing a variety of premium outdoor lifestyle products including garage screens, motorized roll downs, sun control products and more. For more information on Screenmobile, visit https://screenmobile.com.