Mengason comes to Five Star Franchising with two-and-a-half decades of experience in franchising and acquisition of brands, most notably in the restoration and home service industries. He began his career with a small textile restoration firm, then took a leadership position with Certified Restoration Dry Cleaning Network (CRDCN) and then moved to Chief Operating Officer with BELFOR Franchise Group. As COO of BELFOR Franchise Group, he led the acquisition of 1-800 Water Damage and oversaw the growth of the company’s other residential and commercial brands, including DUCTZ and HOODZ, eventually positioning the company for a sale to American Securities in 2019.

“I’m thrilled to join the Five Star Franchising team,” said Mengason. “Throughout my career, growing companies through acquisitions, expanding brands and making sure franchisees get the support they need to succeed in their businesses have been my priorities, and Five Star shares these goals.”

One of Five Star Franchising’s five brands, Bio-One Inc., has promoted former Vice President of Operations Sandi Ellis to Brand President. After being a Bio-One franchise owner from 2013 to 2017, Ellis joined the Bio-One corporate team, helping it grow to more than 115 franchise locations across 40 states. Prior to owning a Bio-One franchise, Ellis was with Brinker International where she held multiple finance and operational roles.

“Now is an exciting time to be a part of Bio-One, and I deeply enjoy working alongside our passionate and dedicated teams,” said Ellis. “Bio-One has been part of my life for nearly a decade, and I’m humbled and honored to lead the organization through this next chapter of growth and continue our long-standing tradition of helping those in their greatest times of need.”

“Much of Andrew’s success in franchising can be tied to his entrepreneurial spirit and relentless pursuit of providing the highest level of support to the customer; the franchise owner,” said Five Star Franchising CEO, Scott Abbott. “With Sandi, as a former franchisee and Vice President of Operations, she fully understands what franchisees experience and how to help them succeed. In her new role, she will oversee ongoing business operations for our franchise offices across the United States.”

If you are interested in one of the Five Star Franchising brands, visit http://fivestarfranchising.com/franchise-opportunities/ to learn more. 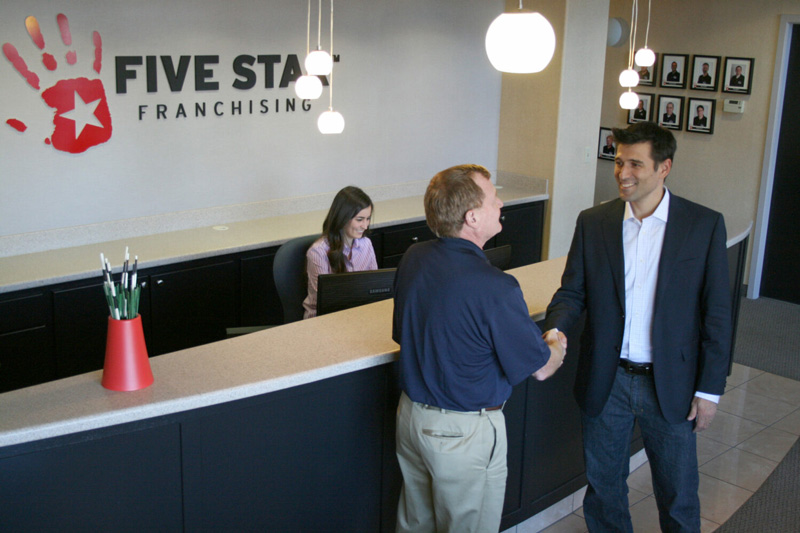 Five Star Franchising is an innovative group of franchised brands that includes Five Star Bath Solutions, Joe Homebuyer, Gotcha Covered and Bio-One. Also under the Five Star umbrella is ProNexis, a leader in call center and lead-generation systems for home services franchisees. Five Star represents the best franchising systems in the industry with a mission to ensure its brands are top performers in technology, marketing, branding, and people. With a franchisee-first approach to business, Five Star excels at ensuring local-market success for each of their franchisees. For more information, visit www.fivestarfranchising.com.