BIRMINGHAM, Ala. — For the sixth consecutive year, American Family Care (AFC) has earned a spot on Entrepreneur magazine’s Franchise 500®, one of the world’s most admired business rankings. This year, AFC is ranked #107 on the distinguished list, continuing a steady climb the company has enjoyed since its inaugural appearance at #405 on the list in 2013. The Franchise 500 ranking recognizes AFC for its exceptional performance in areas including financial strength and stability, growth rate, and brand power.

With more than 200 medical centers and $500MM in annual system-wide revenue, AFC’s rapid growth has been driven by the nation’s need for high-quality, accessible healthcare, as well as the company’s focus on patient satisfaction. “We are delighted to again be included among some of the most respected franchisors in the U.S.,” said D. Bruce Irwin, M.D., Founder and CEO of AFC. “Our success is the result of the dedication our employees and franchisees have for delivering compassionate, convenient healthcare to our patients around the corner and around the nation.”

Similar to traditional hospital systems, the AFC franchise model combines skilled physicians with successful business people to deliver quality healthcare, conveniently and in an economical manner. The model has been so successful that since 2102 AFC has grown its revenue at a 37.1 percent compound annual growth rate (CAGR) and now serves nearly 3 million patients annually. “Our robust and steady growth is proof that AFC’s patient-centric model is at the forefront of a revolution in healthcare,” says Randy Johansen, President of AFC. “More telling than our growth is the number of multi-unit franchisees we now have within our system. The success they have enjoyed with their initial locations has surely been a driving factor in our success,” concluded Johansen.

Joining AFC on this year’s Franchise 500 list in the healthcare category were:

During its 40 years in existence, the Franchise 500 has become recognized as an important industry measurement tool for franchisors and a primary research tool for potential franchisees. American Family Care’s sustained presence in the ranking is a testament to its strength as a franchise opportunity. “As we celebrate 40 years of producing the Franchise 500, it’s a good opportunity to step back and look at how much has changed since that first ranking in 1980,” says Jason Feifer, Editor-in-Chief of Entrepreneur. “While the franchise business model has changed little, the strongest franchise brands are constantly evolving and innovating to keep up with changing trends and technology.” 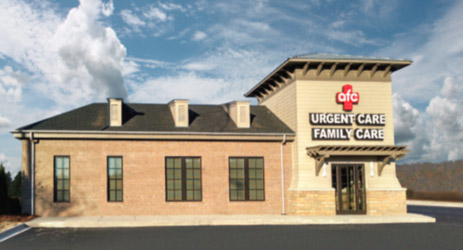 Founded by Dr. Bruce Irwin with a single location in 1982, American Family Care has pioneered the concept of convenient, patient-centric healthcare. Today, with more than 200 clinics and 600 in-network physicians caring for nearly 3 million patients a year, AFC is the nation’s leading provider of urgent care, accessible primary care, and occupational medicine. Ranked by Inc. Magazine as one of the fastest growing companies in the U.S., AFC’s stated mission is to provide the best healthcare possible, in a kind and caring environment, while respecting the rights of all patients, in an economical manner, at times and locations convenient to the patient. For more information, visit www.AmericanFamilyCare.com.