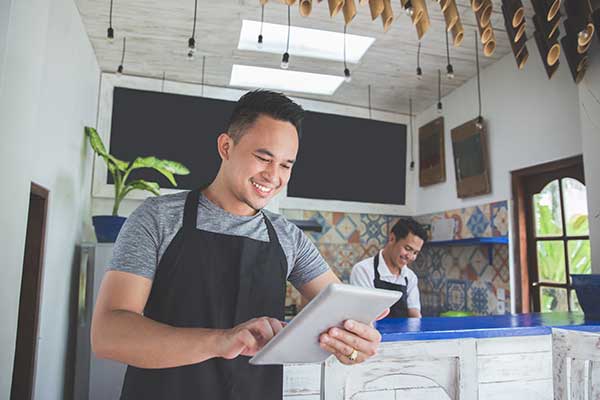 What is one of the best ways to secure an E-2 Investor Visa? Franchising. The systems, structure, training, and support that
franchises offer create a winning formula for those seeking to immigrate to the United States. Because franchised businesses have a high success rate, E-2 Visa applications are more likely to be approved and renewed.

The investment must be “substantial” (defined later) as stated in U.S. Citizenship and Immigration Services (USCIS) E-2 investor requirements.

Investment visas are available only to citizens of the specified treaty countries. An E-2 visa allows for the applicant to include immediate family and non-investor employees of the business if those involved are of the same nationality as the investor and are destined for a role in the U.S. business.

How to qualify
Following are the main criteria for obtaining an E-2 Investor Visa.

Covered by treaty: The applicant must prove that there is a valid commerce and navigation treaty between his country of
citizenship and the United States. Next, the investor must prove that the funds that are being used to invest in the enterprise were in the possession and control of a national or nationals of a treaty country and were lawfully acquired.

Investment size: The E-2 visa does not require a minimum investment amount. Instead the investment must be substantial in
relation to the total cost of the business. While this is not defined by the USCIS, the investment is generally recommended to be $100,000 or more.

Investment status: At the time of the application, the foreign national applicant must have either already invested in the
enterprise/franchise or have taken steps toward investment. This may include signing leases or contracts, purchasing equipment, or incorporating a business. The applicant will be required to make the investment without knowing whether the E-2 visa will be granted unless an escrow agreement is utilized with the sole contingency being the approval of the E-2 visa. The funds must be irrevocably committed to the business, however.

Enterprise/franchise is a real, operating, non-marginal commercial enterprise: A marginal business is an operation that may make enough money to support the investor and his or her family but is not necessarily a thriving operation. To prove that the business is a real, operating, nonmarginal commercial enterprise, the applicant must present a five-year plan showing how the business will operate, earn a profit, grow, and contribute to the economy. Generally the business will also need to hire employees in order to meet the interpretation of the marginality requirement from USCIS or the consulate.

Applicant is able to develop and direct the enterprise/franchise: Finally, an applicant must show that the investment is active and that he or she will directly participate in the operation of the commercial enterprise.

With these criteria in mind, the advantages of buying a franchise as the investment vehicle for the E-2 Investor Visa process are evident, particularly when it comes to the last two requirements. A franchise is part of an existing business model that generally has an already established record of success in the United States. An E-2 visa consular officer who will ultimately review the applicant’s case is typically familiar with a franchise and is inclined to treat an investment in a franchise as a real, operating, non-marginal commercial enterprise.

Unlike other types of businesses, a franchise is typically a more traditional investment, with a storefront, inventory, and assets/equipment. The E-2 consular officer evaluating the application will be less inclined to see this as a speculative business, be more likely to approve this type of business, and ultimately the candidate’s E-2 visa.

In addition, because franchising agreements typically require oversight and guidance from the franchisor, it may be easier for foreign nationals to meet the requirement of being in a position to develop and direct the enterprise/franchise.

Jerry Rieder, CFC, has been a franchise consultant since 2012 and is an E-2 Investor Visa expert. He became part of the FranServe Training and Development Team in 2013 and has helped a large number of consultants become successful. He serves as a trainer, a mentor, and also as a facilitator for FranServe’s Power Teams. Contact Jerry at jerry@franserve.com.