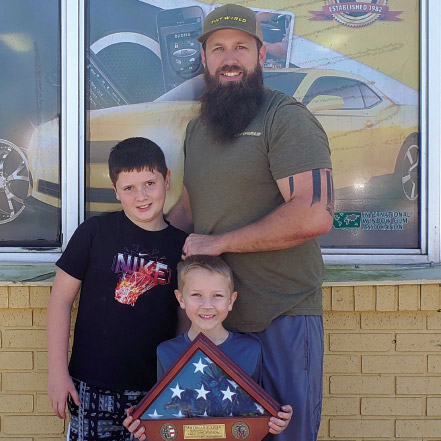 After an 11-year career in the U.S. Army, Thaddeus Grage worked a short time in law enforcement before eventually becoming the owner of an aftermarket performance shop. From there, his interest in the automotive industry grew, and what initially began as a search for an automotive maintenance franchise resulted in Grage becoming the new owner of an existing automotive-styling franchise location: Tint World Gulfport, Mississippi. By Cindy Charette