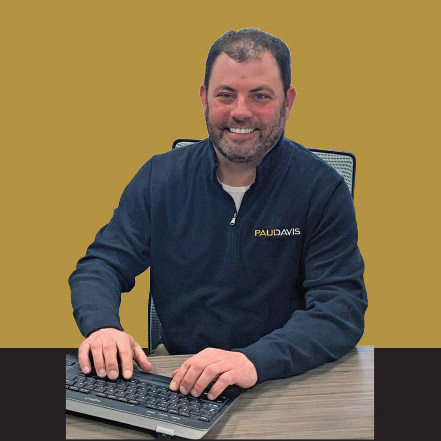 John Gugliotta became an entrepreneur when he was just 25, launching a small janitorial-services company that would later merge with Time Savers, a larger corporation, to provide well-respected construction support services in the greater Boston area. By Jessica Petrucelli

John Gugliotta became an entrepreneur when he was just 25, launching a small janitorial-services company that would later merge with Time Savers, a larger corporation, to provide well-respected construction support services in the greater Boston area. He grew the business exponentially in just a few years and purchased the company in 2008, but with that success came many hills to climb.

“It became apparent that I needed to expand to the insurance referral market,” Gugliotta said, detailing an emergency-service division that he had added
to Time Savers in 2009. After encountering another economic downturn in 2011, the business owner considered exploring other areas of the emergency-services industry. “It became clear that Paul Davis Restoration was the right choice for me,” Gugliotta added.

A burst pipe in his own home solidified Gugliotta’s decision. After a cleanup crew fixed the mess, the rest of the work was left to him. “After a few weeks, I was still looking at the carpet ripped up, walls with flood cuts and a check for $6,500 to find a person to repair the damage. That’s when I realized emergency-service work was my calling,” he said.

Specializing in restoring residential and commercial properties damaged by fire, water, storms, mold, and other disasters for more than 55 years, Paul Davis is a one-stop disaster mitigation and restoration company. The company has more than 300 independently owned franchises in both the U.S. and Canada.

Gugliotta said his businesses are successful, thanks to his thoughtful approach to customer service. “Take care of your customers like they are your grandparents,” Gugliotta said. “In business, you must be open, be honest, be real, be yourself, be kind and be passionate with what you believe in. Speak up and be heard, but never walk away without resolve.”