DENVER, CO – ONE Cannabis (“ONE” or “the Company”), a multi-state producer & retailer of cannabis and the industry’s preeminent franchisor, announced today the addition of three new members to its senior leadership team, naming Frank Knuettel as Chief Financial Officer, Kacy Sindel as Director of Operations, Cultivation and Jayne Levy as Director of Communications. These key hires, plus more than three dozen employees the Company expects to hire within the next six months across the corporate and store level, will increase the employee count to more than 100 by year-end.

“ONE Cannabis is experiencing a breakout year,” said Christian Hageseth, CEO and chairman of ONE Cannabis. “With the transformational growth we are expecting in 2019, we’re bringing on experienced professionals that can keep up with that pace and have proven track records of success. These most recent hires exemplify the quality of professionals that will allow ONE Cannabis to stand apart in an increasingly crowded, rapidly-expanding and competitive industry.”

Hageseth added, “As the cannabis industry has finally gone mainstream, it remains incumbent upon companies operating within the sector to attract professionals that bring to bear experience gained through their roles in traditional industries.”

In naming Frank Knuettel as Chief Financial Officer, Hageseth noted, “ONE will have a sasquatch-sized footprint in the U.S. market before long. We’re relying on Frank’s extensive finance background and experience as CFO for multiple public companies to help us redefine the retail experience for cannabis users.”

Prior to joining ONE Cannabis, Knuettel served in various roles for MJardin Group, Inc. (OTC: MJARF), most recently as Chief Strategy Officer, and previously as CFO, where he managed the company’s public listing on the Canadian Securities Exchange and helped orchestrate the acquisition of GrowForce. Prior to joining MJardin, Knuettel was CFO at several public companies, including Aqua Metals, Inc. (NASDAQ: AQMS), a hydrometallurgical lead recycling operation, and Marathon Patent Group, Inc. (NASDAQ: MARA), a patent licensing and enforcement business. Prior to joining Marathon, Knuettel served as the CFO of IP Commerce, Inc., a SaaS-based electronic payment platform. Additionally, Knuettel has held numerous board positions, at both public companies and non-profit institutions.

In his role as Director of Operations, Cultivation, Kacy Sindel will be responsible for overseeing the operational buildout of ONE Cannabis’ cultivation and processing facilities as well as implementing enhanced data processes to increase and streamline the Company’s production capabilities. Sindel has over two decades of manufacturing and production experience including five years working in the cannabis industry. In his 22 years at Designers Choice Cabinetry, he helped grow the business nine-fold, from $2 million to $18 million in annual revenue. His cannabis experience started with Maggie’s Farm in Colorado, where he overhauled their pen and paper operation into a fluid, electronic data-capture model – streamlining the process from harvest to store. Sindel will be tasked with forging strategic relationships with cultivation partners across North America to ensure ONE franchisees have access to the best product available.

Jayne Levy joins ONE Cannabis as Director of Communications. Prior to joining the Company, Levy founded Pink Tree Creative, where she led public relations efforts for ONE Cannabis over the past 18 months, spearheading communications surrounding the Company’s franchise opportunities. Prior to launching Pink Tree Creative, Levy spent nearly a decade working in franchise-focused communications where she executed PR efforts for more than 70 companies across 20 different industries. As chief point of contact and business liaison, Levy’s franchise experience and PR acumen are a tremendous value-add for the company, as it works to build its franchise system and integrate cannabis into the everyday life of consumers nationwide.

For more information about ONE Cannabis or career opportunities, visit http://ocginc.com/. ONE Cannabis stock images, company logo and executive headshots can be downloaded here. 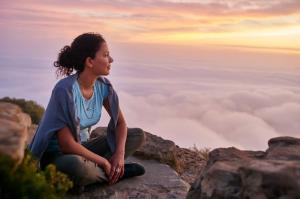 ONE Cannabis is a Denver-based multi-state producer and retailer of cannabis, and the preeminent franchisor in this nascent, fast-growing industry. The company’s cutting-edge franchise model stems from its deeply entrenched footprint as an early entrepreneur in this emerging industry. The franchise has more than a decade of proven cannabis operation with an unusual expertise in franchise innovation that aims to set the standard for an industry that could eventually expand nationwide. Through its franchise opportunities and Social Equity & Economic Development (SEED) program, ONE eases the industry’s barrier to entry, making cannabis entrepreneurship more feasible to a broader group. ONE Cannabis CEO and co-founder Christian Hageseth was named an “Industry Trailblazer” by High Times magazine and has chronicled his legal cannabis journey in his book: Big Weed: An Entrepreneur’s High-Stakes Adventures in the Budding Legal Marijuana Business. For more information about the ONE Cannabis franchise opportunity, visit ocginc.com.