Mr. Transmission/Milex: Discipline and a Love for Cars Drives Success

Mr. Transmission/Milex: Discipline and a Love for Cars Drives Success 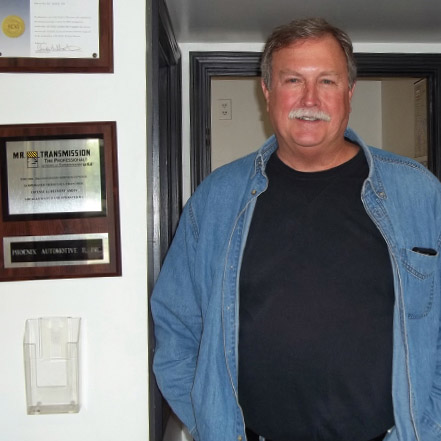 Many of the articles in our annual veterans issue share reasons why franchisors love having owners that are veterans as part of their network. Mr. Transmission/Milex (Moran Family of Brands) is no exception. By Nancy E. Williams

Many of the articles in our annual veterans issue share reasons why franchisors love having owners that are veterans as part of their network. Mr. Transmission/Milex (Moran Family of Brands) is no exception. However, not all brands can boast of having a veteran franchise owner who has been in the business for 40 years, like George Kok. Kok has always had an interest in cars – to the point that his wife refers to him as a “motorhead.” He entered the Army in 1969, specializing in Chinook helicopter mechanics, and he served 14 years before retiring in 1983. After attending college for a bit, he knew he wanted to be back in the automotive world. In 1980, a Mr. Transmission location had an opening for a service manager in Louisville, Kentucky, and he took it. Shortly after, Kok went to work for the corporate office and invested in his first Mr. Transmission/Milex franchise in 1983.

“I could see all of the advantages of a franchise system,” Kok said. “The preestablished trademark, the resources and the experience that the franchisor has are all behind you. Coming into the business with some experience is a plus, but whether you’re taking over an existing location or starting a new one, you have a solid foundation behind you.”

When asked about how his military experience has helped shape his success as a franchise owner, he quickly said “discipline.” Kok continued: “One of the first things you learn in the military is discipline, or you won’t be around for very long. The advantage of this is that, with discipline, you can stay focused on a goal – which is something you must do if you’re trying to be successful in business.” Kok also shared that his love of finding out how things work – from dismantling bikes to taking apart his own father’s lawnmower – was something he started doing as a young child, and that passion continued to be fueled by his military experience.

First as an employee and now as an owner of Mr. Transmission/Milex, Kok has had a long history with the franchise and can’t say enough good things about it and the team. “Since Dennis Moran and his daughter, Barb, bought the franchise from the original owner in 1990, they have made big improvements on how the operation functions. They totally revamped customer service and made it the top priority. They are focused on helping each owner be the best they can be, knowing that if they do that, the overall business will take care of itself,” Kok explained.

Kok now owns two locations. In 2003, corporate reached out to him to see if he would be willing to help a nearby owner in Clarksville, Indiana, who wasn’t performing well. Kok agreed to do what he could but, in the end, the struggling owner just wasn’t the right fit.

Kok said: “Corporate offered me the location at no cost, but the store was in debt, so it wasn’t exactly free. But I agreed to move forward.” Initially, the store had not been as successful as Kok wanted it to be, but he has seen great improvement in the last year. “Sales are excellent! I have a good team in place. Now that sales are up, I plan to focus on keeping costs down,” Kok said.

If you have an interest in the automotive sector, are enlisted military considering a career change, or are a veteran, Kok said that the Moran Family of Brands is a great opportunity. “The system support and training that Moran will give you will certainly increase your chance at success. In the end, it’s your shop, but if you need help, there’s corporate support and help from your fellow owners who often are willing to give up a few days of their time to come and help you,” he said.

Moran Family of Brands offers a $5,000 discount off the franchise fee for veterans. To learn more, visit their website at moranfamilyofbrands.com.