Millennials: Welcoming a new generation of entrepreneurs to franchising

Millennials: Welcoming a new generation of entrepreneurs to franchising 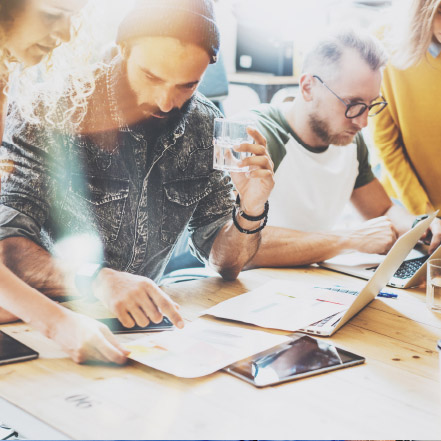 Millennials are often described in popular culture as “entitled, unambitious, lazy.” But to Alesia Visconti, chief executive officer and president of FranServe, Inc., the world’s largest franchise consulting and expansion organization, they are none of those. She sees them instead as an entrepreneurial generation poised to take the business world by storm. By Rochelle Miller

Millennials are often described in popular culture as “entitled, unambitious, lazy.” But to Alesia Visconti, chief executive officer and president of FranServe, Inc., the world’s largest franchise consulting and expansion organization, they are none of those. She sees them instead as an entrepreneurial generation poised to take the business world by storm.

Millennials – adults born between 1981 and 1996 – are the largest-growing age group in America, and the stereotypes surrounding their work ethic may not be as flattering as those of older counterparts.

Industry experts and research, however, tell a different story. And with good reason.

“It’s a misconception that millennials are lazy,” explains Visconti. Millennials may even have an edge over their Gen X and baby boomer predecessors. “They figure out how to do things with greater efficiency. That’s not being lazy. They are the first generation to grow up with technology, and they know how to use that to their advantage to work smarter than previous generations,” she added.

Studies further support Visconti’s assertion, as statistics show that the majority of millennials envision a future of business ownership over climbing a corporate ladder; a significant number of the generation are already working for themselves.

A survey sponsored jointly by GoDaddy and OnePoll found that one-third of millennials are already self-employed in some way, compared to only 20% of Gen Xers and 21% of baby boomers who work for themselves. The survey, which was released just this past December, polled 1,000 members of each of the three generations across the U.S.

Dreaming of owning a business, and knowing how to successfully achieve profitability are not the same thing, which is a concept that gives millennials pause before starting their own businesses. Another study, conducted in 2017 by America’s SBDC (a national network of small business development centers) identified the main deterrent keeping millennials from starting their own business: a lack of know-how. The study found that more than 13 million millennials cited not knowing where to start as the number one reason why they do not follow through with building a business. Of those surveyed, 75% said they would be encouraged to start a small business if they knew where to turn for help.

“Franchising can be crucial for millennials since it can provide the key to education and guidance they may need to take that leap into business ownership,” Visconti said.

Unlike starting a business from scratch, franchising offers millennials resources, such as extensive training to customized applications to facilitate financial management and business operations. In other words, a new franchise owner is never alone, optimizing chances for success.

Recognizing the growing segment of millennials in franchising, the International Franchise Association has developed a program called NextGen – “to build the next generation of franchise ambassadors.”

The growing number of millennials entering the franchising industry is also evident to Visconti, whose company assists prospective franchise owners to research business opportunities that suit their individual budgets, needs, and personalities.

“Many of today’s companies are more socially-conscious, which is important to today’s new business owners from the millennial generation,” she said. An added benefit is that FranServe provides its services at no cost to prospective franchise owners. “With so many franchise categories to choose from, we help millennials find just the right fit so they can achieve their entrepreneurial dreams.”

For more information about franchise consulting services or opportunities with FranServe, visit franserve.com.