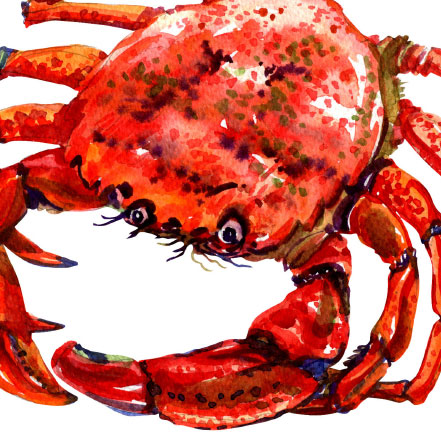 As a crab grows, it must periodically shed its hard outer shell, at which time, its inner soft shell expands and hardens, giving the crab room to grow. This is an oversimplified explanation of the “molting” period. By Tom Spadea

As a crab grows, it must periodically shed its hard outer shell, at which time, its inner soft shell expands and hardens, giving the crab room to grow. This is an oversimplified explanation of the “molting” period. As we wrap up renewal season and most franchisors have updated their FDD and registered their new documents in the various states for another year, I am struck by how the process is like a crab molting its shell. Incidentally, the great thing about soft-shelled crabs is you can pretty much eat the whole thing, their vulnerability makes them very easy to eat. Good for us, not so good for them.

When a franchisor updates their FDD, they go through a weird limbo period. With lots of questions as to which FDD and which state can they still disclose and do deals in. It is a common question we get from our clients, who usually have a handful of deals in progress when their new FDD is issued. In most cases, in order to do deals with those prospects, they have to be re-disclosed and you have to restart the 14-day waiting period. It gets more complex when thinking about the lag time between filing for state renewals and the approvals. You also have to take into account when the old document becomes “stale” at both the state and federal level. In one page, I couldn’t possibly fill in all the exceptions, rules and scenarios at play.

My advice is to recognize that this is part of franchising and all franchisors go through it. Every year your new FDD will emerge in the shadow of your old one and at some point the old one will be shed like a crab molting its outer layer. Only by molting the old shell can the new fresh shell finish hardening. Like the crab, the franchisor is at their most vulnerable in that period between the old and the new. As a franchisor, you have to pay extra attention to all the deals you do in this “molting” period and be sure you don’t do a deal with a latent disclosure defect that will come back and haunt you later.