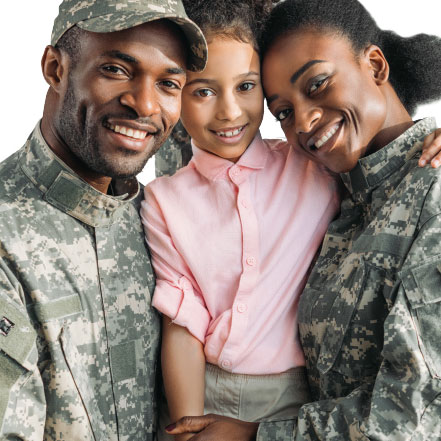 As a member of the U.S. Marine Corps, Brandon J. Anderson’s mission was to protect his fellow Americans. Today, Anderson is a veteran, and his mission is no different as a franchise consultant with FranServe, Inc., the world’s largest franchise consulting organization. By Rochelle Miller

As a member of the U.S. Marine Corps, Brandon J. Anderson’s mission was to protect his fellow Americans. Today, Anderson is a veteran, and his mission is no different as a franchise consultant with FranServe, Inc., the world’s largest franchise consulting organization.

“I joined the Marine Corps to help people, to protect them from harm’s way. As a FranServe consultant, I get to help and protect in a different way,” Anderson said. “I make sure my clients review various business opportunities that can lead to them becoming a franchisee. That opportunity provides a path for stability, freedom and wealth.
I help them understand and prepare for what is to come.”

Franchise consultants, like Anderson, help aspiring franchise owners find the right business opportunity based on their needs and budget at no cost. The service is paid for by franchisors seeking qualified candidates.

James K. Johnson is also a successful franchise consultant with FranServe, and his experience in the U.S. Army has given him an edge.

“In the military, it’s all about teamwork, and communication is vital,” said Johnson. “I understand the importance of holding myself accountable with our franchise partners and working as a team – and being sure that communication is at a high standard during the franchise discovery process with our candidates.”

Veterans are not only finding success as franchise consultants but also as franchise owners. In fact, while military veterans make up only 7% of the U.S. population, they comprise 14% of franchise owners in America, according to the International Franchise Association (IFA).

This statistic is hardly a coincidence, according to Alesia Visconti, CEO of FranServe, Inc. “Veterans are great at following systems. They like procedures, and they like a team environment,” said Visconti, who also serves on the committee of VetFran, the IFA’s strategic initiative to educate veterans and franchisors about the compatibility between the skills and aptitude of entrepreneurial veterans and franchise owners. The program’s mission also includes easing the transition of veterans into franchising by encouraging franchisors to offer discounts and incentives to veterans.

The parallels between military training and franchise ownership are staggering, according to Visconti. “Franchising is all about following a system. We duplicate a success model,” she explained.

Johnson would agree. “Franchise ownership provides veterans an easier transition to civilian life since it allows them to utilize their values and also empowers them to carry on their leadership and management skills developed during their service,” he said.

Veterans are also accustomed to being a member of a larger organization and doing their part, which makes the transition to franchising seamless rather than “going it alone” as an independent business owner.

“In the military, everything is uniformed, and this philosophy is the foundation of a franchise system,” Johnson explained. “Every person must operate within very specific standards, resulting in not only their own personal success but the success of the entire network.”

For Anderson, helping prospective entrepreneurs fulfill their business dreams has been rewarding, but it is especially gratifying when he matches his fellow military brothers and sisters with that perfect business fit.

“As a Marine Corps veteran, nothing makes me happier than helping our service members realize their full potential when they get out and that it’s not always about getting a 9-5 job,” said Anderson. “FranServe has enabled me to learn, grow and expand my knowledge in franchising and business ownership.”