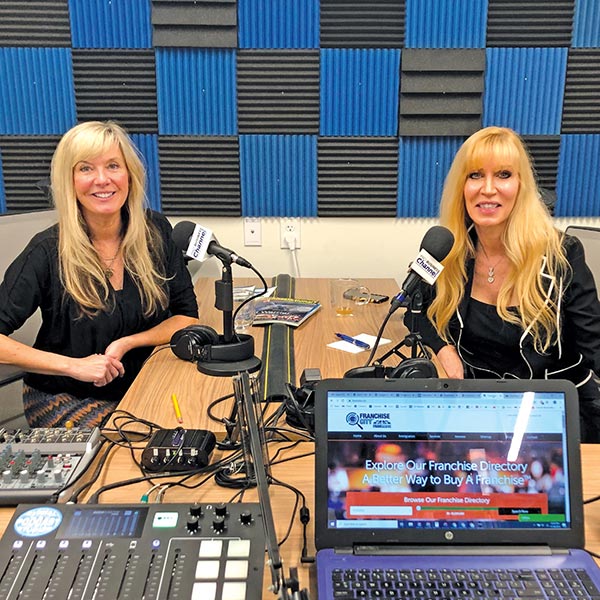 FranServe, the world’s largest franchise consulting organization, graces the pages of our magazine, saturates social media, and can be found in every franchise arena. Now, FranServe takes to the airwaves, literally!

FranServe, the world’s largest franchise consulting organization, graces the pages of our magazine, saturates social media, and can be found in every franchise arena. Now, FranServe takes to the airwaves, literally!

Alesia Visconti, CEO and President of FranServe, the world’s largest franchise consulting and expansion organization, and CEO and Publisher of Franchise Dictionary Magazine, flew to Georgia to interview with Pamela Currie, host of Franchise Business Radio show and Certified Franchise Consultant, to talk about franchising being on FIRE as we head into 2020, and how the IFA (International Franchise Association) has become the voice of franchising on Capitol Hill.

Here are some brief excerpts of the interview between Currie and Visconti:

Currie: What I really admire about you Alesia, is you never lose sight of your mission – which is to help others achieve their dreams of business ownership through franchising. To that end, you have dedicated FranServe to training and supporting some of the industry’s best franchise consultants, and definitely are a committed and active leader in the franchise industry. Thank you for that! You serve on the world’s oldest and largest organization representing franchising, the International Franchise Association. What’s happening in the franchise industry today?

Visconti: When you think about franchising, many people think about food and that’s certainly still in existence, but there’s more than 80 different categories. So, franchising is on FIRE right now. People who didn’t even understand that they could own a franchise, are being introduced to a whole new world. When you look at the way that franchising used to be done, and what types of industries and types of categories, it is totally different now.

Currie: So when you say, “It’s on fire,” what do you mean by that exactly?

Visconti: I’m referring to the expansion of franchising and the opportunities that are available. When you think about how franchising was, as I said, it was mostly food, brick-and-mortar – you had to have a lot of money in your back pocket to own a franchise. And now, it’s totally different. Because there are service industries, there are so many different categories. People who didn’t think they could own a franchise… guess what? They can! And I think a lot of that has to do with the decline of corporate America, the lack of opportunity, some age discrimination that comes on even earlier now. And people want to stay active. They want to have a business. They want to have a future. They want to have control over their lives. Franchising is a fabulous way to have that accomplished.

To listen to the full interview, check out the podcast on Franchise Business Radio. Here’s the direct link: https://probusinesschannelusa.com/franchise-dictionary-ceo-and-publisher-alesia-visconti-on-franchise-business-radio/

Pamela Currie CFC is the host of Franchise Business Radio and has 20+ years in franchising. Her experience encompasses being a franchisee, franchisor performance and educator, franchisor system developer, trainer/mentor, and college advisory board member. She is affiliated with FranServe and Franchise City, and specializes in guiding individuals in finding a franchise. Contact her at Pam@FranchiseIntellect.com.