SANTA MONICA, Calif. — BoxUnion Holdings, the parent company to TITLE Boxing Club and BoxUnion has announced Justin Ghadery as its Chief Operating Officer. Ghadery joins at an exciting time for the boxing brands, as BoxUnion Holdings recently acquired the 163-unit franchisor TITLE Boxing Club as well as its digital platform, TITLE Boxing Club On Demand. In his role, Ghadery will continue to ignite the company’s commitment to innovation, while streamlining systems and processes to position the business for long-term growth.

People, and strong relationships, have always been at the center of Ghadery’s leadership. In his first year as Chief Operating Officer, Ghadery’s primary initiatives will focus on driving consistency across the franchisee system while providing high levels of support as he rolls out a franchisee-centric service model. Ghadery’s passion and focus is centered around improving the team member experience, the member experience and unit economics. He is currently in the depths of a 100-day plan to meet with a substantial majority of franchisees, take classes in Clubs across the country, and connect with TITLE Boxing Club members.

“We are honored that Justin is joining our growing team,” said BoxUnion Holdings’ CEO Todd Wadler. “At every step he’s made in his professional career, he has quickly excelled and risen up the ranks of leadership. Justin exemplifies our core values and brings a track record of operational excellence to lead our team. At a time when it has never been more important to empower small business owners, these traits are also complemented with a partnership mentality. His passion for people, teamwork, technology and combat sports make him uniquely qualified to drive our business to new heights and position our franchisees for success in a post-COVID world.”

Ghadery’s career has been heavily intertwined with fitness, most recently serving as Senior Vice President of Global Operations for Gold’s Gym International. In this role, his direct responsibilities included managing over 100 corporate-owned locations across the United States, supporting almost 600 franchised locations across 30 countries, and overseeing approximately 5,000 employees. Prior to that, he worked at 24 Hour Fitness for nearly eight years, working his way up from front desk and Personal Trainer to District Manager in one of the most competitive fitness markets – Los Angeles. Ghadery has also been a franchisee in a couple of industries as an owner and a partner.

Prior to his career in fitness, Ghadery followed his calling to join the United States Marine Corps after the attacks on September 11, 2001, where he served for eight years. While he had a background in jiu-jitsu and boxing prior to enlisting, it was in the military where he truly found his passion for fitness and training, a passion that ultimately led Ghadery on a non-traditional and impressive path. This included earning two honor graduate awards from basic training and infantry school, as well as receiving two meritorious promotions. As such, Ghadery became an instructor of hand-to-hand combat skills for his fellow servicemen and women, an honor typically designated for Marines ranked Sergeant or higher.

“I am thrilled to join BoxUnion Holdings for several reasons,” said Ghadery. “TITLE Boxing Club and BoxUnion are both strong brands with compelling product offerings. I am focused on bringing technology, automation and a data-driven culture to the company. I am equally committed to delivering a high-quality franchisee service model that is coupled with operational excellence to push our brands to the next level. I look forward to further developing our team as well as bringing in top-tier talent to execute our vision. With Todd and Felicia (Felicia Alexander – Chief Revenue Officer and Co-Founder) at the helm, this is the team I want to be by my side in the ring.”

Ghadery is based in Dallas and will oversee leadership teams at both BoxUnion and TITLE Boxing Club. 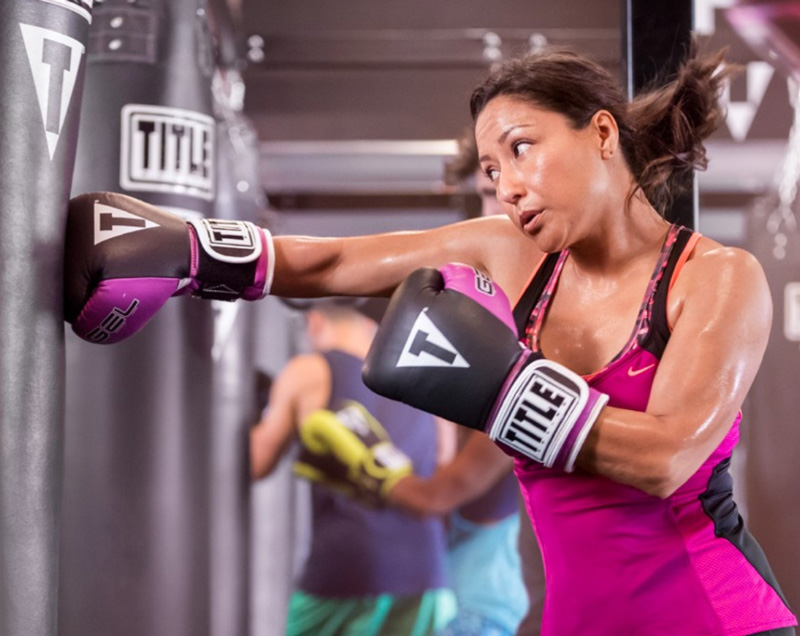 TITLE Boxing Club is a boutique fitness studio that specializes in boxing and kickboxing fitness classes. Based in Kansas City, the company has 163 clubs across the United States, Mexico and the Dominican Republic and another 130 in development worldwide. The brand is currently ranked on Entrepreneur magazine’s prestigious Franchise 500 list and the Inc. 5000 list of America’s fastest-growing, privately-held companies. To learn more, visit www.titleboxingclub.com.

BoxUnion is a fitness brand with three studio locations and a digital subscription service. BoxUnion’s workouts bring together mind, body, music and boxing. Welcoming all experience levels, ages, and backgrounds, their classes feature high-intensity cardio, muscle sculpting strength training and TONS of punches. Their captivating coaches guide you through a powerful mind and body experience designed to bring out your inner fighter. Voted most fun new workout by Self Magazine and Top 10 coolest workout taking over LA right now by Well + Good, BoxUnion has been recognized by everyone from People Magazine to Goop. In one of the most competitive fitness cities in the world, BoxUnion has garnered a sophisticated following. https://www.boxunion.com/