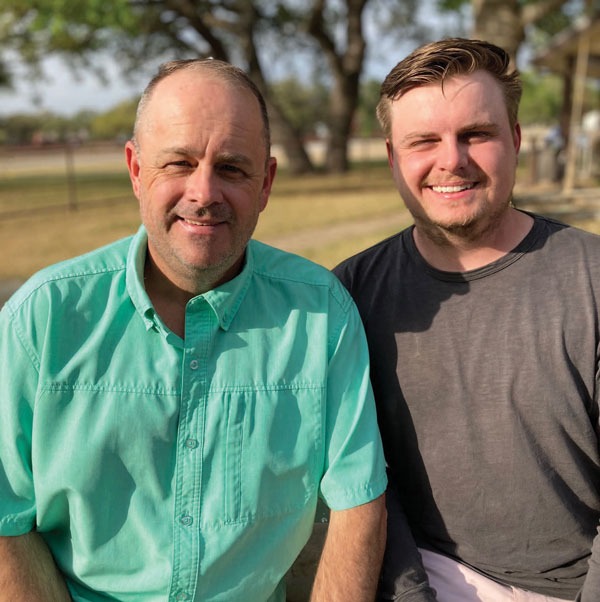 There is no question that the skills and discipline U.S. military service members bring to the table set them up for success in business ownership and beyond. There is a question, however, of how to find a franchise that aligns with such respected core values. By Brianna Bohn

There is no question that the skills and discipline U.S. military service members bring to the table set them up for success in business ownership and beyond. There is a question, however, of how to find a franchise that aligns with such respected core values. For Scott Olech, Air Force veteran, and Doug Pearson, a staff sergeant in the Marine Corps, there was a clear answer: Boulder Designs and Border Magic.

Boulder Designs and its sister company, Border Magic, are industry-leading creators of custom boulders and decorative landscape edging for commercial and residential clients. When CEO Butch Mogavero acquired the brands in 2016 and established headquarters in Waco, Texas, one of his goals was to give back to his community, especially those who protect the nation. Since then, Mogavero has helped hundreds realize their dreams of business ownership.

“When we met Butch and the team in Waco, there was a family-oriented feel. Other franchises can have a rigid corporate setup, but Butch and the team are always focused on finding what they can do to help you,” said Olech, who co-owns the San Antonio Boulder Designs with his son, Andrew. Olech went on to explain how he looks forward to attending corporate events where a denim-clad Butch shares stories, while Robin, Butch’s wife, cooks dinner for everybody.

Olech, who also co-owns a landscaping franchise with his wife, has found that the skills he has acquired from the Air Force and the support provided by the brand allow him to manage his responsibilities successfully. Listing multi-tasking and problem-solving as two of his many skills, Olech attributes much of his business’s success to his son’s drive and dedication.

“On the weekends and Monday when I don’t have Air Force responsibilities, Drew and I will meet in the morning for coffee, figure out where we’re at with leads and production, and then I throw on old clothes and walk out the back door of our property to our business. It helps to have a partner like Andrew, who is always on,” he said.

Like Olech, Pearson is grateful for the opportunities the brand has presented to him and his family. After having Border Magic come out to his house to install decorative edging, Pearson was so pleased with the product and service that he began considering how he could invest in the franchise. Deciding to stay active in the Marine Corps, Pearson worked closely with Butch and COO Les Sander to find a way to balance his commitment to the military with his dream of business ownership.

“Butch knew my dream of owning a franchise and made it come true in 2020,” said Pearson, who co-owns the Lancaster, Pennsylvania, Border Magic with his wife, Tina. “This is perfect for a service member who does an enlistment and is looking to get out and move on to something they can call their own. This system is proven, and while it may not be easy at times, we always have fun doing it. It has allowed us, after two decades, to come back to Lancaster and get back to our community.”

The Pearsons often sponsor local Little League teams and are looking forward to sponsoring an internship for service members through the Department of Defense SkillBridge program. Their altruism doesn’t stop there, though.

“I am looking forward to giving back to the community, especially the Department of Veterans Affairs. I am also looking to lead, guide, and mentor those who have raised their right hand but may not have gone to their service boot camp yet,” Pearson said.

Contact Boulder Designs to learn more about its commitment to veterans and its incentive program.