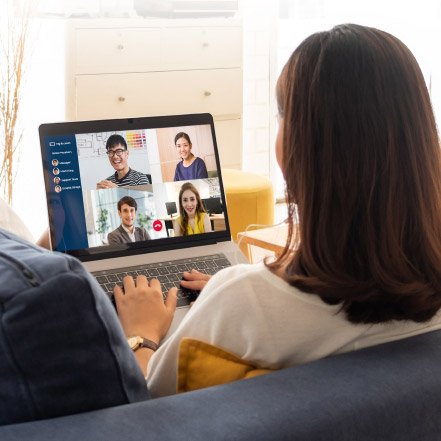 FranServe Inc., the world’s largest franchise consulting organization, held its 2020 convention – which to no one’s surprise in our “new normal Covid-19 world” was held virtually, replacing the original in-person convention. By Alesia Visconti

FranServe Inc., the world’s largest franchise consulting organization, held its 2020 convention – which to no one’s surprise in our “new normal Covid-19 world” was held virtually, replacing the original in-person convention.

There were 400+ attendees, and it’s being touted by all as a highly successful event. Some franchisors went as far as calling it the best virtual event that they have attended, and asking me for advice/tips. I don’t say that in a bragging way; I say it as a sigh of relief!! There is a lot of angst that goes into planning a virtual convention (especially in just six weeks) and all the planning in the world still can’t guarantee success, or that technology will cooperate.

Originally planned to be held at Disney World, the FranServe Team indeed had 6 weeks to figure out how to deliver an event with “magic” and excitement to keep enthusiasm – and attendance – high. After all, our in-person event included private viewing of fireworks over Epcot. Not an experience we could genuinely recreate virtually.

We received a great deal of kudos and incredible feedback, and I’ve been asked to share what worked for us. It may not work for you or your event, but hopefully something will be applicable/resonate with you and help your event go even smoother.

As FRAN-tastic and successful as our event was, I hope we never have to do it again!! I look forward to our 2021 convention at Disney World, July 11-14, being an in-person event. Our keynote will be Catherine Monson, IFA Chair and FASTSIGNS CEO. Registration for our event opens next month, and we’re already 30% sold out! Without a doubt, virtual or in-person, we know how to put on great events! If for some reason we do need to hold a virtual convention in 2021, we know we’ll ace it! Bringing people together is our forté!

Alesia Visconti, CFC, is the CEO/Publisher of Franchise Dictionary Magazine and the CEO of FranServe Inc., the world’s largest franchise consulting and expansion organization. She has 20 years of experience as a C-level executive, driving organizational development and taking companies to the next level. An author, professional speaker, and entrepreneur, her motto in life is “Work hard, play hard, help others, repeat.” A self-proclaimed nerd, Alesia loves all things “superhero.”