Tint World: One Year, One Goal, One Million and More

Tint World: One Year, One Goal, One Million and More 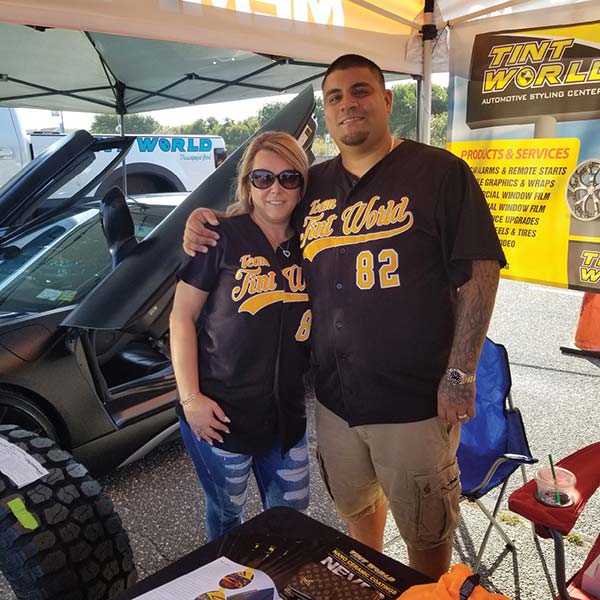 After a grand opening in 2017, not only did Santiago Rojas and Dominica Sarris exceed their year one goal for Tint World, they are also the first Tint World Store to bring in over $1.5 million in sales in their second year. By Cindy Charette

Santiago Rojas and Dominica Sarris, husband and wife team of Tint World Store 050, had set a goal of being the first to break $1 million in sales during their first year. After a grand opening in 2017 in Massapequa Park, New York, by 2018, not only did Rojas and Sarris exceed their year one goal, they are also the first store to bring in over $1.5 million in sales in their second year.

When Rojas was asked to what they attributed their success, he responded that it was a combination of hard work, a great location, and several other factors. Both Rojas and Sarris focus on marketing their business, along with service and sales at the front desk, while Sarris’ son and two other technicians all work together to make a solid team. Rojas also speaks highly of the Tint World training and mentoring program that has taught and molded their already good employees into even better team members.

Although no automotive experience is necessary to own and operate a Tint World, before opening their first store, Rojas ran a similar automotive store of his own in Miami. He took a few years off from the industry to become a commercial pilot “for the fun of it,” but after several years of flying, he decided to retire early. Meanwhile, Sarris, who worked for the NYPD, found herself wanting to retire too. Together they agreed they would go back to the automotive industry Rojas knew so well, but this time they would open with the support of a franchise brand behind them. They signed on with Tint World and, as their financial results show, could not have made a better decision. Rojas is also happy to announce, “We plan to open a second Tint World store within the next year.”

Tint World prides itself on having 35 years in business as an industry leader with a solid, proven concept. Visit www.tintworldfranchise.com for more information.