Steak n Shake had previously closed restaurants that did not deliver excellent customer service. With the advent of its new owner-operator model, Steak n Shake intends to award every restaurant to an operator who provides legendary customer service. Unlike a typical franchising opportunity, which could cost over $2 million, Steak n Shake’s program requires that an aspiring owner-operator invest a total of $10,000 and demonstrate exemplary service as an operator. Steak n Shake is making the American Dream a reality for those with talent and passion.

In 2020, Steak n Shake owner-operators earned, on average, $161,000 in their first year. Some are on their way to earning over $300,000. Today, there are 100 owner-operators, and each one is a true American success story. Steak n Shake encourages every general manager in the hospitality industry to apply if they are interested in working for themselves. (To apply, please visit steaknshakefranchise.com)

Says Steak n Shake CEO Sardar Biglari, “By paving the way for franchise partners to live the American Dream, we are providing them an opportunity to attain financial liberty. A salient point for those who become America’s ablest restaurant operators is that neither birth nor pedigree, ethnicity nor religion is an obstacle to success. A franchise partnership is a passport that cannot be purchased but only earned. It takes talent along with the passion to serve others, a rare combination that is woven into the character of each individual we accept.” He adds, “Doubtless, a good number of our partners will become millionaires. But make no mistake: We are not minting millionaires but are merely providing the means — they are earning every penny.”

“I made back my initial investment in the first month of being a franchise partner,” says Press McDonald of St. Louis, MO. “It was the best investment of my life. Other franchises have such a high barrier to entry that, as an aspiring entrepreneur, it feels impossible. Steak n Shake gives people like me a chance, and today I earn in two months at Steak n Shake what I made in a year at my previous job.”

Steak n Shake is also investing significant sums to remodel all of its restaurants. Over the course of the last twelve months, the company has fixed its unit economics. As the originator of the Steakburger and a legendary milkshake, it is poised to grow throughout the United States. Steak n Shake owns much of its real estate and is aided by the inherent advantage of being owned by a strong parent company, Biglari Holdings. 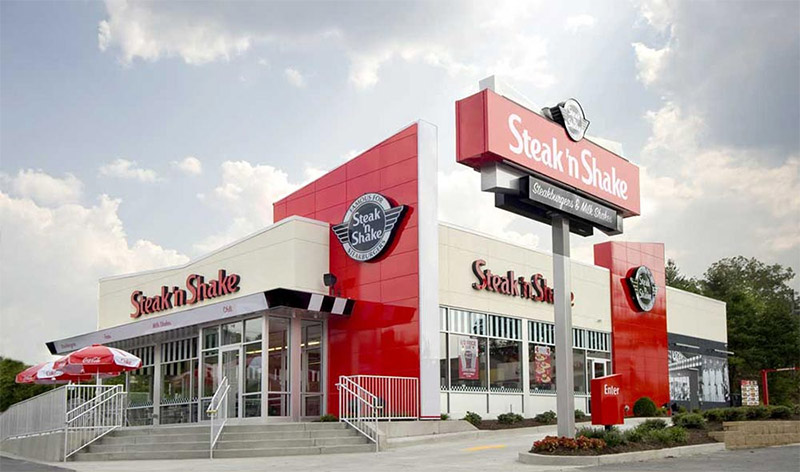 Steak n Shake, born in 1934 on Route 66, is as American as apple pie. It is the originator of the Steakburger and a legendary milkshake, which together have been the company’s gustatory stars for 87 years…and counting. With over 500 locations across the globe, Steak n Shake is the recipient of numerous awards, including the Nation’s Restaurant News Golden Chain Award and Zagat’s #1 Voted Milkshake. Steak n Shake Inc. is a wholly owned subsidiary of Biglari Holdings Inc. For more information, please visit steaknshake.com and follow us on Instagram, Facebook, and Twitter @steaknshake.