Fast-Craft Restaurant Concept Set to Have 50 Locations Open by the End of 2022.

EASTON, Pa. — Chick’nCone – the fast-craft restaurant concept famous for serving crispy, hand-cut chicken tenders in a freshly made waffle cone – is looking to capitalize on the growth it experienced throughout the course of the pandemic as it expands into new markets throughout the country. Since the beginning of the pandemic, the brand has grown from four open locations to 24. It now believes that the timing is ripe to start actively looking for experienced entrepreneurs to join its family-driven brand and show the world what makes Chick’nCone #socluckingood.

Chick’nCone’s success can be attributed to its unique menu offerings and the simplicity of its franchise-ready business model. The brand has been able to create an entirely new category of menu items, transforming the familiar comfort food of chicken and waffles into its photo-worthy and on-the-go staple. Since its founding in 2014, the brand has been praised for its natural ability to be showcased on social media. Its concise, yet scalable menu, does not necessitate the need for large retail space, allowing for creative opportunities to grow and innovate into the future.

“We truly believe that what we have created here is something exceptional,” said Co-Founder and CEO of Chick’nCone, Jonathan Almanzar. “The pandemic has definitely thrown some hurdles our way, from nearly halting all of our production and development, to a nationwide chicken supply shortage. But through it all, our team has persevered and established the foundation of a buzzworthy brand. I’m excited and eagerly awaiting what the future has in store for us and our entire Chick’nCone family.”

Almanzar, a man coming from humble beginnings in the small-town communities of Crowley County Colorado, imagined his idea for the Chick’nCone brand based on a small restaurant concept next to his grandmother’s home growing up. The restaurant, called Chicken and Cone, specialized in pasta dishes and ice cream. With the help of his hometown friend and now COO of Chick’nCone, Aaron Havens, the duo discussed creating a restaurant concept of their own, based on a revolutionary central idea, fried chicken in a waffle cone. The rest was history.

Today, Chick’nCone has 24 locations open and operating throughout the United States, Canada and the United Arab Emirates, with plans to have 50 locations open by the end of 2022. The brand’s blooming success can be attributed to its concise menu, small commercial footprint, and the fact that it is pioneering a category of food that has never been seen before.

Chickn’Cone is now searching for experienced franchisees, looking to become multi-unit operators, who align with the family-focused culture of the brand. With a franchise fee of $45,000, the estimated initial investment to open a Chick’nCone franchise is $141,000 –­­­ $181,000. For more information on Chick’nCone, or if interested in a franchising opportunity, please visit https://chickncone.com/. 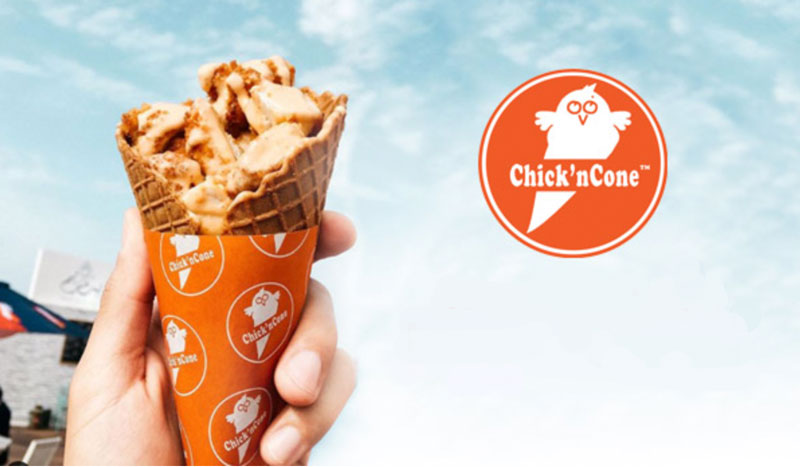 Founded in 2014, the Chick’nCone brand prides itself as a fast-craft pioneer, serving crispy, hand-cut chicken tenders in freshly made waffle cones. The brand has introduced an entirely new category of menu items and is revolutionizing traditional comfort food into a quick and mobile manner. Chick’nCone currently has 24 locations open throughout the United States, Canada and United Arab Emirates, with 58 locations in various stages of development. For more information, please visit https://chickncone.com/franchising/.