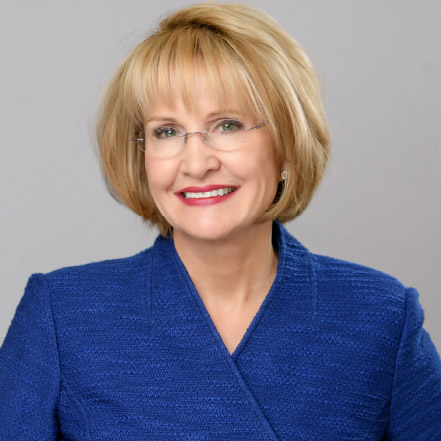 As CEO of Propelled Brands, the parent company of Fastsigns International, the largest sign and visual communications franchisor in North America – along with the recent acquisitions of NerdsToGo, My Salon Suite and Salon Plaza – Catherine Monson is responsible for overseeing the operations of over 950 independently owned and operated franchised businesses in nine countries. By Jessica Jones

As CEO of Propelled Brands, the parent company of Fastsigns International, the largest sign and visual communications franchisor in North America – along with the recent acquisitions of NerdsToGo, My Salon Suite and Salon Plaza – Catherine Monson is responsible for overseeing the operations of over 950 independently owned and operated franchised businesses in nine countries. Considered one of the top leaders in the signage and visual graphics industry and one of the most powerful women in franchising, she has over 30 years of franchising, management, and leadership experience, and has successfully led the FASTSIGNS brand since 2009. And each of her accolades is hard-earned.

“I remember when I first launched my career in franchising in the early 1980s,” Monson said. “I was hired as a sales coordinator by a small company, Sir Speedy Printing Centers, and within a few months was promoted and became the company’s first female supervisor. I inherited a warehouse in this new role and, upon the announcement of my promotion, the warehouseman quit, bluntly stating he ‘wasn’t going to work for a woman.’”

Monson could have let the criticism scar her, but she instead viewed it as an opportunity to hire a new warehouseman who would do the job with excellence and offer her respect.

“Did it bother me? Of course,” Monson admitted. “But it also helped shape me as the boss and CEO that I would later become.”

Continually recognized as one of Franchise Dictionary Magazine’s 50 Women of Wonder, Monson is at the top of her game for good reason. Sharp, witty and personable, the Californian easily adopted some Southern charm when she moved to Texas, where Fastsigns International (and now Propelled Brands) is headquartered. A firm believer in a positive mindset, she peppers her conversation with inspirational quotes that she keeps fastened to her computer screen.

“I have a Vince Lombardi quote taped to the top of my monitor that reads: ‘To achieve success, whatever the job we have, we must pay a price,’” she noted. “I truly believe that each of us needs to decide what we want in life and go after it.”

Monson learned that at a young age. She started working at her family’s preschool business when she was just 10, helping her father with janitorial tasks on the weekends. Afterward, they would have dinner and talk about business. “Through this time spent with my father, I developed my love of business,” said Monson.

Monson’s mother was an abusive alcoholic, and her childhood was less than ideal, she said. “There are two options for children of an alcoholic or any trauma: You can choose to be a victim or a victor. I chose the latter. My life was never easy. But I refuse to be defined by my circumstances,” Monson said.

Monson’s franchising career has been both her outlet and her salvation, she said. After opening over 400 Sir Speedy locations in the ‘80s, she led the turnaround of MultiCopy Europe, the company’s European subsidiary. She moved on to PIP Printing in 1999 and was appointed president of that brand, successfully reorganizing the company and increasing franchisee satisfaction and corporate profits, after six years of decline. She joined Fastsigns International as CEO in 2009 and, in the past 12 years, has helped the company achieve record franchisee profitability, franchisee satisfaction, and growth.

“I have a fear of failure. I don’t ever want to fail,” Monson said. “There are people who might call me a workaholic, but I have a different view. I have a wonderful, blessed life. I am energized at the end of every workday. I cherish mentoring others. I’ve delivered keynote speeches on franchising best practices to franchise associations in Australia, New Zealand, Hungary, Canada, and Brazil. I’ve had great opportunities, including being on Undercover Boss, which has led to many TV and radio interviews. I am a volunteer leader with the International Franchise Association. It might be a lot of work, but I think the more you say ‘yes,’ the more amazing and interesting your life will be.”

Monson has served on the Board of Directors for the International Franchise Association (IFA) since 2008. In 2009, she was honored by the IFA with the prestigious Bonnie LeVine Award, bestowed on a female franchisor or franchisee for their demonstrated ability in franchising. This past February, she began her second year as chair of the IFA, her two-year leadership a first in the association’s 60-plus-year history.

“I’m honored to be elected to serve in a second year as chair of the IFA and help lead the franchising industry through this season of uncertainty and its recovery,” she said.

And throughout the pandemic, lead is exactly what Monson did. Overseeing the creation of a FASTSIGNS preparedness site as a resource for the entire FASTSIGNS network, she also hosted weekly video “Connect with Catherine” meetings to keep the network fully informed. She created motivational videos each week to maintain a positive mindset among her franchisees as well as members of the IFA.

“The most important thing I talked about in those videos was mindset,” Monson said. “You should not worry about the things you can’t control. A positive mindset is key.”

“I’m excited about the creation of Propelled Brands,” Monson said, detailing the corporate umbrella under which FASTSIGNS, NerdsToGo, My Salon Suite and Salon Plaza franchise brands are currently growing. “I’ve always wanted to lead a multi-brand platform. We plan to grow the footprint of these brands, increase their franchisees’ profits and sales volume, and successfully sell, open and ramp up these franchises. Franchising enables people to own their own business, build wealth for their families, and create jobs and economic output in their local market. Helping people achieve that success is what drives me every day.”

For information about a FASTSIGNS, NerdsToGo, My Salon Suite or Salon Plaza franchise opportunity, contact Mark Jameson at mark.jameson@propelledbrands.com or 214-346-5679.