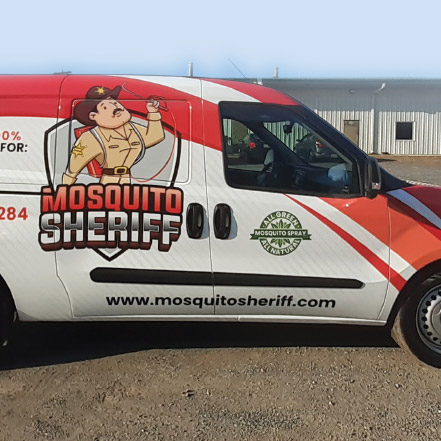 As the only pest company that uses a 100% nontoxic, all-natural patented barrier spray carefully developed by chemists to be just as effective as other sprays, Mosquito Sheriff is excited to make a difference in even more U.S. neighborhoods. By Elice Morgenson

As the only pest company that uses a 100% nontoxic, all-natural patented barrier spray carefully developed by chemists to be just as effective as other sprays, Mosquito Sheriff is excited to make a difference in even more U.S. neighborhoods.

In February, the brand completed its first franchise agreement and closed its second agreement at the end of March. Five more Mosquito Sheriff franchise agreements are scheduled to be awarded in the next few months and will be comprised of multiple territories in prime locations.

With ongoing support and tools that make operating the business simple, including a call center that handles sales and expert-created digital marketing materials, the brand is attractive to entrepreneurs of different backgrounds and experience levels. “The first territory is being opened in the Washington, D.C., area. The owner is leaving a job as a business executive to become a first-time franchise owner. He made the choice to leave the corporate world and build a legacy for his family. He has a team of people lined up to work for him in the business and has plans to expand into additional territories in the future,” said Jason Miller, vice president of franchise development.

“The second territory is being opened up by a couple in Jacksonville, Florida, which is an area notorious for being heavily inundated with mosquitos,” he said. “The husband will keep his job as a senior-level retail executive, and his wife will continue working in real estate. Both have a dedication to an all-green, all-natural lifestyle, and Mosquito Sheriff will also tie in well with the wife’s real-estate job, where she can pass out information in a welcome packet or by referrals.”

Mosquito Sheriff offers two business models that work well for any lifestyle. For those who want to be a hands-on franchise owner, there is an owner-operator model that allows the owner to go out in the field and do the spraying themself. The company can also be run from home as a semi-absentee business with a fully hired staff, giving owners the freedom to maintain a completely separate career or diversify their income portfolio.