Life in the Fast Lane: A FASTSIGNS Owner’s View

Life in the Fast Lane: A FASTSIGNS Owner’s View 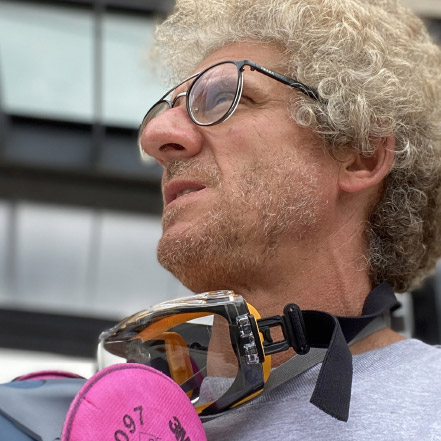 After pouring a cup of coffee and sifting through email, Todd Fisher starts his day like most every other FASTSIGNS franchisee, gathering his staff for a daily production meeting. By Jessica Jones

After pouring a cup of coffee and sifting through email, Todd Fisher starts his day like most every other FASTSIGNS franchisee, gathering his staff for a daily production meeting.

“It’s the most important part of our day,” says Fisher, who owns a successful FASTSIGNS International franchise on the north side of Chicago. “We take that time to organize, review our work in progress and make a determination of what we need to accomplish within the next eight hours.”

Fisher, a FASTSIGNS franchise owner since 2012, says the meeting represents one of the few times of day when he’s actually sitting behind a desk.

“I often start my day wearing business attire and end it wearing work boots,” Fisher says. “I love that dynamic. I spend maybe 25% of my time sitting behind a desk and 75% of my time in motion. I’m out and about, meeting with customers, surveying their sign needs, sometimes climbing a ladder to hang a sign. It’s fast moving and hands-on. I enjoy every minute of my day.”

Producing everything from billboards to small format materials and digital displays, the FASTSIGNS owner provides signage for the Chicago Cubs, as well as several local hospitals, universities and a multitude of small businesses.

“My signs are everywhere – thousands upon thousands of them. It’s very satisfying to produce that type of permanency.”

Fisher opened his business eight years ago after considering six other franchise models.

“I decided to go into signs and graphics because it is a growing segment of the print industry,” Fisher says, explaining that he spent 20 years in commercial printing prior to opening his franchise. “My decision to sign on with FASTSIGNS has been both fun and profitable.”

Fisher feels fortunate that his business has been deemed essential. He has spent the past few months printing thousands of pieces of signage related to COVID-19.

“It’s indicative of how important print is,” he says. “People rely on FASTSIGNS to communicate their messages. We had record sales in May and June, which I believe simply proves the importance of a business like FASTSIGNS.”