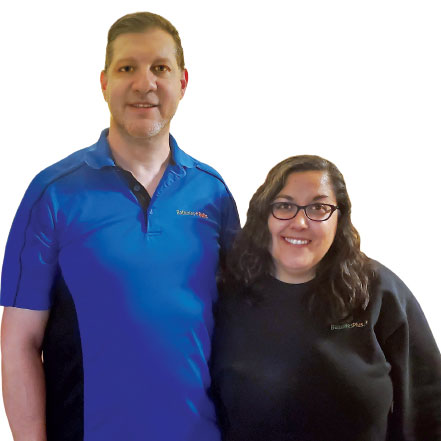 After serving in the Air Force for six years and completing his degree at Arizona State University, Daniel Kopp enjoyed a successful IT career for one of the world’s largest telecommunications companies.  By Rochelle Miller

After serving in the Air Force for six years and completing his degree at Arizona State University, Daniel Kopp enjoyed a successful IT career for one of the world’s largest telecommunications companies.

In the wake of widespread layoffs at his company, Kopp managed to keep his job, but that came with a steep price. “I was working 60-plus hours a week. It was a lot of time spent working,” said the Missouri dad, whose children were young at the time.

“I started looking for something that would give me some time back to spend with my family.”

Kopp was first introduced to franchising by his brother-in-law, a Meineke shop franchise owner. While the automotive industry wasn’t Kopp’s forté, the military veteran found a perfect fit with another nationally known name – Batteries Plus Bulbs, the largest franchise in the country in the battery, light bulb, and smartphone/tablet repair space.

“Batteries Plus Bulbs had that techie edge that was appealing to me with my background, so it wouldn’t be like starting over again,” he said.

As a veteran, Kopp could take advantage of discounted programs Batteries Plus Bulbs offers to veterans. The company offers a 10% discount to current and former members of the U.S. armed services.

Thirteen years after becoming a business owner, Kopp now owns four locations in the Kansas City area, and the incentive programs given to veterans helped Kopp as he expanded. “It helped us to open additional stores, and that was a very nice thing that they had that option available,” he said.

Even though owning his own business is hard work, Kopp has no regrets and doesn’t miss his days as a corporate employee.

“I don’t want to be down on the food chain or a cog in a corporate environment,” he said. “Franchising is a nice blend of not going it alone, but still being a leader in charge of your own destiny.”

For more information regarding franchise opportunities with Batteries Plus Bulbs, visit batteriesplusfranchise.com or call 866-855-8577.