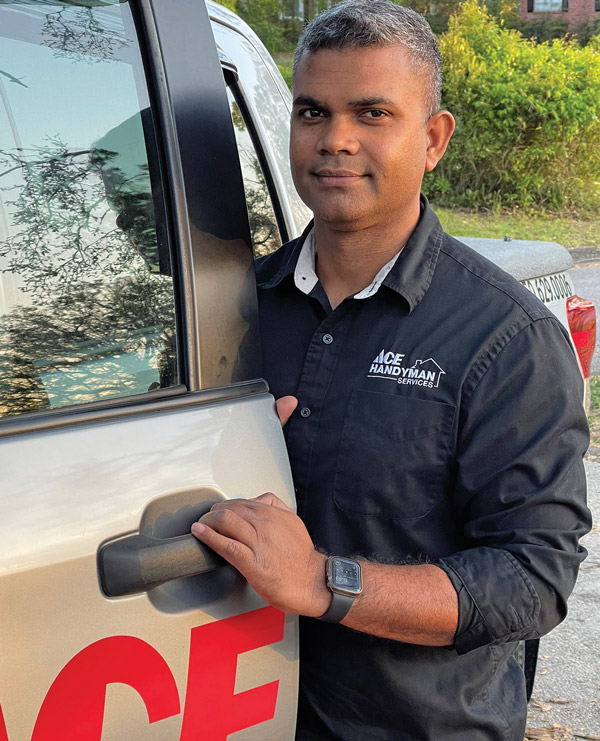 Richard Compton planned to open his Florida-based Handyman Matters franchise in March 2015. But when Pensacola News Journal published an article about his business a month sooner, Compton’s phone started ringing. “It put us out there, and it was a frenzy,” Compton recalled. By Lizzy Yeserski

Richard Compton planned to open his Florida-based Handyman Matters franchise in March 2015. But when Pensacola News Journal published an article about his business a month sooner, Compton’s phone started ringing. “It put us out there, and it was a frenzy,” Compton recalled. “The community was ready for the brand.”

Compton’s phone hasn’t stopped ringing. Since that February day, he and his wife, Anne, have built a booming business that’s become a staple in their community. They’re on track to reach $1.3 million in revenue this year.

For the Marine Corps veteran, the journey to business ownership began when the military started downsizing. After 13 years of active service following 9/11, Compton was let go. “There were a lot of veterans who were just dismissed, and I was one of them,” he said.

With only 60 days to figure out his next career move, Compton started researching franchise opportunities. He zeroed in on the home-service industry and ultimately chose Handyman Matters because of the number 1,162. The significance is simple but meaningful.

“Handyman Matters said we have done or can do over 1,162 repair items around people’s homes collectively over the years,” Compton said. “So, I said, ‘That’s great. That means I’ll always have something to do. I’ll always be busy with 1,162.’” True to his prediction, he never experiences a shortage of projects.

And when trusted Ace Hardware acquired Handyman Matters in 2019, Compton saw his popularity and brand name recognition increase even further. “Everybody likes when they see the red letters coming down the road,” he said.

Besides enjoying freedom and flexibility for his large family (he and Anne have eight children with a ninth baby on the way), Compton loves helping his community. “In the Marine Corps I served and, in this brand, I’m serving my clients. That’s what being a business owner affords me – the satisfaction to know that I’m serving.”

But it’s not only Compton who values service and accountability. The Ace Handyman Services corporate team identifies passion, pride and performance as keys to success. “It’s in the DNA of the brand. It’s what worked for the original owners, Colette and Andy Bell,” said Compton, who emphasizes what a great fit the company is for him.

Ace Handyman Services enthusiastically contributes to education and training for all their franchisees, and Compton feels 100% supported by the brand. “They’re constantly proofing and reproofing processes. They’ll release it in newsletters, weekly calls, quarterly letters, you name it. There are all these things always coming down,” he said.

To complement his entrepreneurial dreams, Compton has rejoined the military as an Air Force reservist. He hopes to participate in the Department of Defense’s SkillBridge program and establish a pipeline for veterans looking for job opportunities.

As for the future, Compton is pumped. “We’re six years in as of last month,” he said. “I think there are great times ahead, and I’m looking forward to it.”