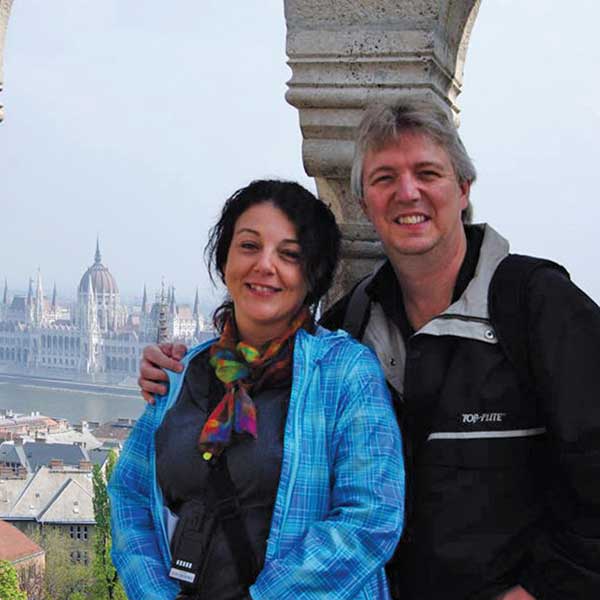 Shawn Friesen realizes that his experience with Expedia CruiseShipCenters has been a life-changer for him and his family. By Mike Grecky

Prior to opening his first franchise location with Expedia CruiseShipCenters in Thunder Bay, Ontario, Canada, Shawn Friesen was working at a 24-hour retail drugstore chain as the store’s manager. It was a tough job being responsible for a store that was open 24 hours a day, 365 days a year. After 19 years of working at the store and being tired of chasing after shoplifters, Friesen had enough. He became determined to find a better way to move forward, one that no longer included working for someone else.

Friesen’s journey began innocently enough, with the purchase of a Canadian franchise magazine. On the back of the magazine was a beautiful photo of a cruise ship. Friesen thought that it looked interesting, so he went and visited a local travel agency. As he stood in the agency, he saw employees drinking coffee, talking, and looking relaxed – which was a far cry from the stress that he was feeling at his job at the time. It was at that moment that Friesen decided to fly to Toronto and attend a franchise trade show. At the show he met with representatives from Expedia CruiseShipCenters. You might say it was love at first sight. A short while later, Friesen opened his first Expedia CruiseShipCenters location in Thunder Bay in 2007.

Fast forward to today, and Friesen is now the proud owner of five Expedia CruiseShipCenters, with a sixth location scheduled to open this year. Although he had an original goal to open four stores, Friesen has now set his sights on opening 10 locations.

Friesen credits his success to having a great team of 190 travel consultants who have helped their clients book thousands of cruises all over the world. Friesen is also quick to point out that Expedia CruiseShipCenters is “super focused in supporting its franchisees,” which is something that he felt from his very first day as a new franchise owner.

Friesen realizes that his experience with Expedia CruiseShipCenters has been a life-changer for him and his family, saying that this franchise experience has “absolutely exceeded [his] expectations.”

If you would like to learn how owning an Expedia CruiseShipCenters franchise could become a life-changing decision for you, visit their website at expediafranchise.com or call 844-358-0361.