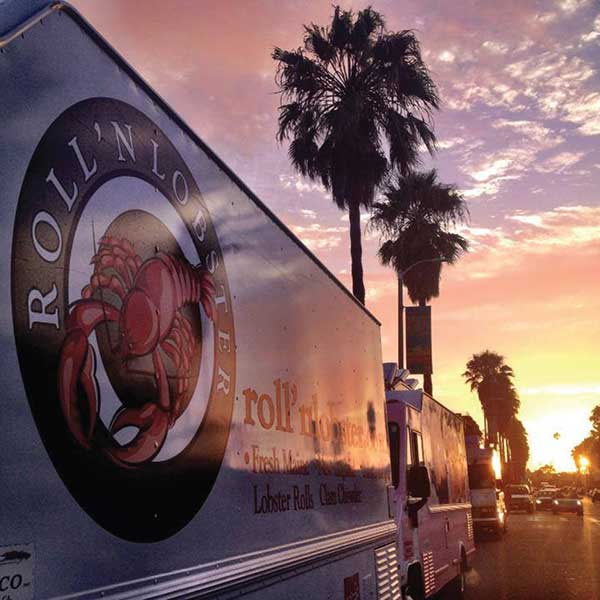 If you have ever thought of owning a 5-star restaurant on wheels, a Roll’n Lobster franchise is just the ticket to achieve that dream of business ownership. By Rose Mango

Roll’n Lobster is a 5-star restaurant on wheels, otherwise known as a gourmet food truck, that offers a beautiful sampling of East Coast goodies. What makes patrons chase them down the street? It’s their lobster rolls, made with only fresh Maine lobster shipped in daily from Portland, Maine, via Lobster 207. Patrons know it is a fresh-off-the-boat delicacy that came in that morning. That’s because Roll’n Lobster’s franchise owner, Pete Crest, tells everyone who stops by for a bite, that he picks up his morning shipment from Lobster 207, which only ships directly sourced items from the lobstermen of Maine. It is precisely why patrons have been known to stand in line for very long periods of time to receive their beloved delicacy in the form of New England classic lobster roll. It is chopped fresh lobster blended with a few New England spices and such, tucked into the traditional grilled sandwich roll. Other favorites topping the menu are Lobster Louie, Lobster Sliders, Full Belly Fried Clams, New England Clam Chowder, and of course, Lobster Bisque.

Roll’n Lobster is so popular that patrons request their presence at weddings, corporate events, and grand openings of all kinds. It is so unique and so sought after that owner Pete Crest can’t keep up with the demand. Here is where you (the potential franchisee) steps in. If you have ever thought of owning a 5-star restaurant on wheels, a Roll’n Lobster franchise is just the ticket to achieve that dream of business ownership. Franchise territories are now available, but get in while the getting is good because Roll’n Lobster territories are being spoken for, and you don’t want to miss out. Contact Pete Crest today at info@rollnlobster.com, or learn more at rollnlobster.com.