What is the entrepreneur mindset?

What is the entrepreneur mindset? 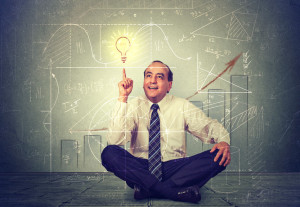 One of the biggest differences between employees and entrepreneurs isn’t the amount of money they make, their business hours or their working conditions. Although it’s true those can all vary, the most significant difference is something you can’t see: their mindset.

Employees are often risk-averse, and for good reason. To an employee, taking risks does not necessarily bring rewards. In fact, the opposite is often true. Taking risks may endanger the status quo, and depending on the company atmosphere, could get the former fired. Entrepreneurs, on the other hand, empower themselves to take risks and know that sometimes, failure is just another cost of doing business.