Veterans and Franchise Ownership in the U.S.

Veterans and Franchise Ownership in the U.S. 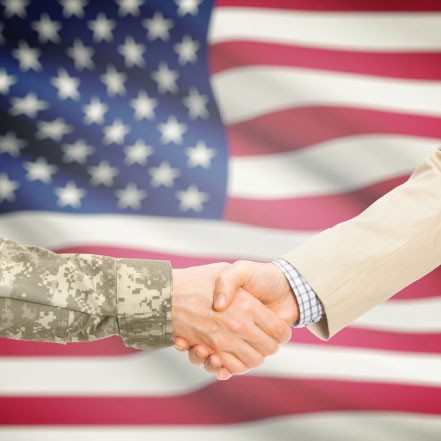 Veterans are taking up an increasing slice of the franchise market. Despite making up just under 8% of the U.S. population, they account for 15% (roughly one in every seven) U.S. franchise owners. By Sue Bennett

Veterans are taking up an increasing slice of the franchise market. Despite making up just under 8% of the U.S. population, they account for 15% (roughly one in every seven) U.S. franchise owners.

According to data compiled from the most recent U.S. Census Bureau’s Survey of Business Owners, veteran-owned businesses (including franchises) represent 9.1% of all U.S. enterprises. Together, all veteran-owned enterprises account for about $1.14 trillion in annual sales.

So what’s behind the continued popularity of franchising amongst veterans?

Why Franchises and Veterans Are Such a Good Fit

Veterans represent a disproportionately large segment of the franchise market because they are so well-suited to this particular business model. Their training and subsequent service are perfect precursors to becoming business owners.

Veterans are a good fit for franchising because they can efficiently train and pick up new skills quickly. They’re also used to strictly adhering to rules and procedures. Given that franchises are all about delivering brand consistency across various locations, franchisors seek out this ability.

Lastly, most veterans have also already developed the leadership skills required to lead teams successfully. They have the unique experience of already working in close-knit teams to deliver the goals of a much bigger overarching organization.

Which Franchises Are Popular with Veterans?

Unlike other segments of society that specialize in business verticals that suit their strengths, veteran-owned franchises are found in almost every industry. This is thanks to the number of discounts, benefits, and resources offered to veterans to help them get started.

Popular choices include those within contractor fields, such as plumbing, electrics, and construction, where project management skills are vital. Automotive and mechanical businesses are also popular. Many veterans often target low-cost franchises that don’t require sizeable upfront investments, choosing instead to use their renowned hard work and determination to scale them up.

Sue Bennett, CFE, CFC; co-owner of FranFinders, a franchise consultancy and funding company, with her husband Rob, since 2008. They have helped hundreds of clients create wealth through franchise ownership. For more information, visit franfinders.com.