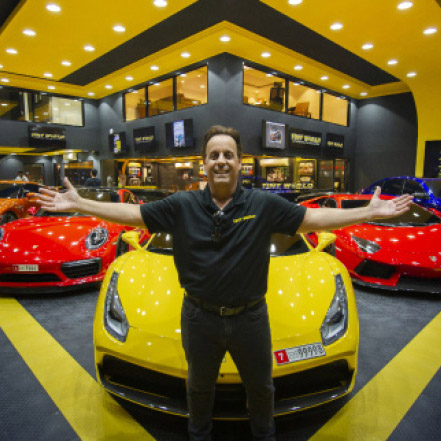 Tint World’s CEO and president, Charles Bonfiglio, loves to tell a story – especially when he can talk about the history and future growth of the franchise he founded, Tint World Automotive Styling and Window Tinting Centers, which first opened its doors in 2007. By Cindy Charette

Tint World’s CEO and president, Charles Bonfiglio, loves to tell a story – especially when he can talk about the history and future growth of the franchise he founded, Tint World Automotive Styling and Window Tinting Centers, which first opened its doors in 2007. By carefully following his plans to build the brand organically – adding no more than 10 to 15 franchises a year, Bonfiglio was able to spend his first decade as a franchisor, developing sound systems and processes while broadening the back-end office.

In the beginning, Bonfiglio focused on developing his franchise in the areas of training, support, technology, operations, and marketing systems. His goals were to provide each new franchise owner with the tools needed to be profitable within the first three to six months of opening. Bonfiglio stated: “I focused on that because I didn’t want to have a lot of stores open if the system wasn’t sound and secure enough to grow quickly.” Since 2007, Bonfiglio and the corporate team have grown the brand to more than 80 stores, with many more currently in development.

As the Race to Success convention came to an end, Bonfiglio closed his speech with this statement:
“I am no different than you. I am going to focus on growing the overall company to build our brand so it’s a household name, and I’m racing to success to help grow the franchise to 300 stores by 2025.” As Tint World owners left the convention, Bonfiglio shared that he had not seen a more upbeat group of franchisees in the 25-plus years he has been in the franchising industry.

However, as the Tint World teams all went back to business, Bonfiglio, the corporate team and existing franchise owners were soon faced with the unknowns of the pandemic. Fortunately, Tint World was considered an essential business, and not only were stores able to remain open and operational, but they also experienced increased same-store sales, unlike many other industries.

Corporate went forward with unrolling its new Race to Success programs in mid-April but quickly pivoted to empowering franchisees through the pandemic soon after. Bonfiglio was now faced with having to harness and understand the needs of the internal corporate team, franchisees, and customers. By June 2020, and as a result of hard work and dedication, Bonfiglio and the corporate team were back on track and awarding franchise licenses again.

Tint World closed out 2020 with 21 franchise licenses awarded in the second half of the year. Additionally, in the first quarter of 2021, 26 Tint World franchises were awarded, and second-quarter numbers are anticipated to be similar to 46 stores in the pipeline – some currently opening and others in the development stages or looking for locations. With these strong numbers coming in, Bonfiglio is expecting massive growth going into the future.

In addition to Tint World’s new franchise growth, the size of stores for future and existing franchise owners is increasing as well. When Bonfiglio first launched Tint World, the store size was as small as 2,000 square feet. However, the business model has evolved since 2007. Now, to handle the influx of business that is driven in, thanks to Tint World’s marketing systems and services, stores are way too busy to have such a small space. As new franchisees come on board, and as existing franchisees renew their leases or add new locations, the smallest stores are now typically 4,000 square feet while bigger stores are 7,000 square feet or larger. Bonfiglio’s goals are to continue Race to Success by growing, optimizing, and improving the Tint World brand.