iCode: Growth Soaring Off the Charts

iCode: Growth Soaring Off the Charts 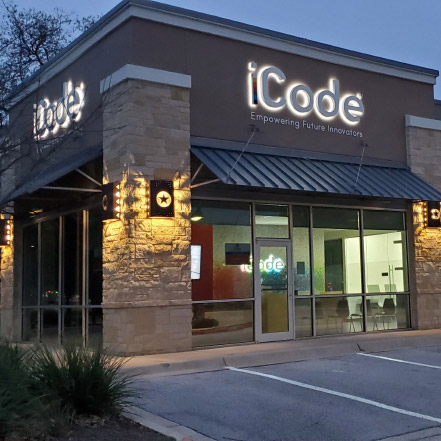 iCode, a computer-science education franchise, has created a lucrative business opportunity that serves young people in communities nationally and internationally. By Brianna Bohn

The brand, which has been recognized as a leader in science education and was named to Entrepreneur magazine’s Franchise 500 list, allows for multiple revenue streams and has seen constant growth, even during the pandemic.

“Over the last few years, we went from two locations to 45 locations,” said Mike Meyers, chief operating officer of iCode. “We are getting a lot more visibility because we’re different. By 2030, we plan to have over 1,000 locations in the U.S. alone.”

Unlike other brick-and-mortar education franchises that offer limited courses and are restricted to third-party software, iCode helps students develop a wide range of soft and hard skills, such as critical thinking and web development, in a hands-on, interactive environment, with its own software. As students learn and acquire skills, they progress through nine colored “belts” and can enroll in modules for particular paths in science, technology, engineering, art and math (STEAM). So many students in grades k-12 (and their parents!) are interested in iCode’s offerings, that iCode partners with schools across the country, provides summer camps for further enrichment and set up a scholarship program.

“Our average facility has five revenue-producing rooms while competitors have one,” Meyers said. “From the time our franchisees open their doors, they can ramp up their revenue and get to profitability quicker because they have multiple revenue streams through the belts, paths, holiday camps and summer camps. Our average location has 300 to 400 summer camp enrollments over 10 weeks.”

If you are interested in being part of an elevated, competitively differentiated brand that is impacting students’ lives and education, contact Bryan Pelt, director of franchise development, or visit icodeschool.com and icodefranchise.com to learn more.