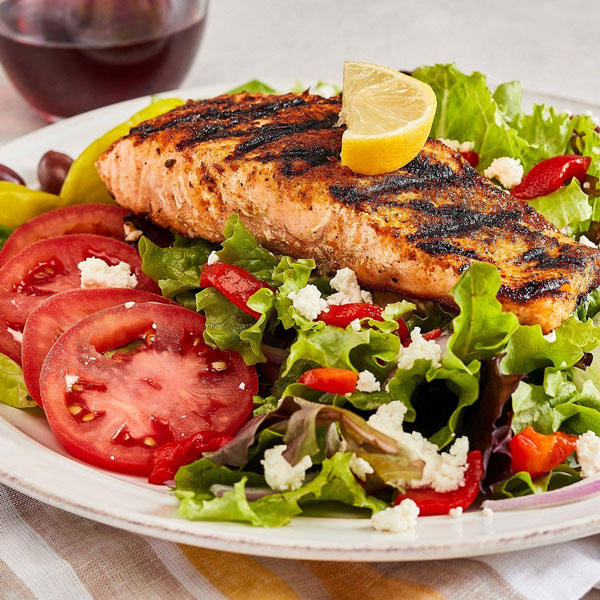 When it comes to fresh, high-quality Greek cuisine, there’s nothing quite like dining along the Mediterranean – except, perhaps, enjoying a meal at Taziki’s. By Tamara Rahoumi

When it comes to fresh, high-quality Greek cuisine, there’s nothing quite like dining along the Mediterranean – except, perhaps, enjoying a meal at Taziki’s.

The Mediterranean-inspired cafe was started by Keith Richards and his wife, Amy, in 1998 after a visit to Greece, where the two fell in love with the bright, fresh local cuisine and the community feel of the sidewalk cafes and seaside eateries. Upon returning home to Alabama, the couple decided they wanted to capture the same warmth and flavors they experienced on their Mediterranean vacation by opening their own Greek-inspired, family-oriented eatery in Birmingham.

Fast forward 23 years, and the Richards’ vision has evolved into something much more: a robust, scalable brand and concept with 90-plus locations in 17 states and counting. As Taziki’s expands into new cities and locations, one of the greatest advantages to prospective franchise owners – in addition to a suite of ongoing training resources through an online learning platform – is the brand’s impressive systems-driven technology.

“We like to say that we box above our weight,” said Alex Garmezy, Taziki’s director of franchise development. “We’re just shy of 100 units, but we put our tech stack up against groups that have 1,000 units. From raw-material ordering and scheduling software to labor planning based on sales expectations, the tech ecosystem is all integrated and based on data. For our owner-operators, that means less time spent at a desk doing things like making schedules and more time coaching their team and interacting with guests.”

As far as expansion, Garmezy said that while the right partner could allow the brand to expand anywhere, the main areas they have their sights set on include the Midwest, the Southeast and cities along the Mid-Atlantic, including Washington, D.C., Philadelphia, and Baltimore. The plan is also to redesign the Taziki’s operation to reduce unit sizes to create a concept that still allows for the warm in-person dining experience that Taziki’s is built on, while also accommodating a post-pandemic landscape where delivery accounts for approximately 65% of food consumed.