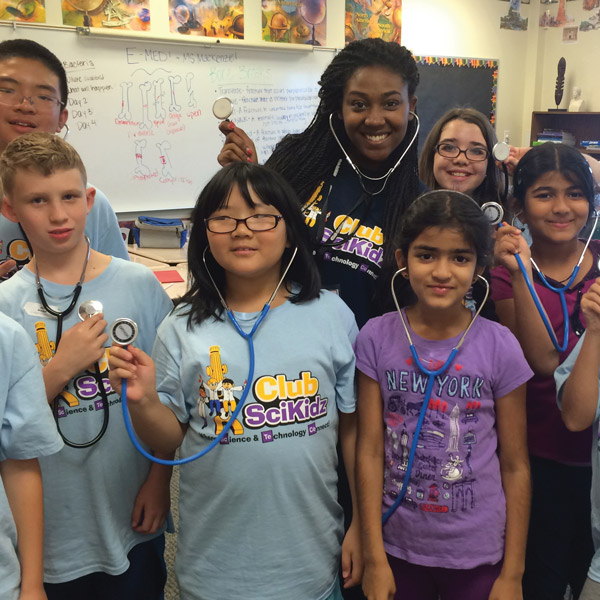 When Bob and Sue Hagan introduced their first summer science camp in 1997, they had no idea how big the venture would grow. Today their Club SciKidz enrolls up to 20,000 kids across the country annually, and the Hagans ultimate goal is to have a presence in every state. By Lizzy Yeserski

When Bob and Sue Hagan introduced their first summer science camp in 1997, they had no idea how big the venture would grow. Today their Club SciKidz enrolls up to 20,000 kids across the country annually, and the Hagans ultimate goal is to have a presence in every state.

Bob said the inspiration behind Club SciKidz came when he was a first-year middle school teacher. He wanted to make extra money during the summer and hoped to offer a unique science camp experience for kids.

“I wanted it to be different than most science camps. Our first camp was the Science of Hollywood Special Effects,” Bob said. Using books and VHS tapes, he taught himself how to use special effects makeup and create artificial blood. Campers in that inaugural program learned how to apply movie makeup, build models and make films.

In those early days, the focus was not on growth. “I would say in the beginning, it was sort of a side hustle, if you will,” Bob said. “As time went on, we saw the potential here. When you’re a middle school teacher, you might have 100 to 150 kids a year, and we saw the potential to offer STEM programs to thousands of kids every summer.”

The goal to reach more kids and develop additional offerings became clear, and the couple began franchising in 2007.

Fast-forward to 2021, and Club SciKidz now offers almost 70 different summer camp themes for children 4 to 15. In addition to expanding their age groups, the Hagans developed afterschool programs such as science and robotics, specialized in-school workshops, assemblies, birthday parties, and mini-camps for daycares and preschools. With more than 30 years of combined teaching experience, plus master’s degrees in education, the Hagans know what it takes to keep kids engaged and excited about science.

They also understand how critical science and technology enrichment is for kids and society at large. “I think that what we’ve gone through in the past year proves that science is real and it’s important, and not only does it make our life better, but it also solves problems,” Bob said, referring to the coronavirus pandemic. “You know, without it, we would really be in trouble. And so, we have to get kids inspired to become engineers. That’s our mission.”

And to a greater extent, the mission is to attract more girls to the field. “We need more females in engineering careers. Only 14% of the engineers in the county are females. So, we’ve got a long way to go there,” Bob said.

For potential franchisees, the incentive to inspire kids is complemented by the company’s proven road map for success. “I think after 23 years that we have figured out how to have a successful business and I think, of course, that’s the number one thing that franchisees benefit from,” Bob said.

The Hagans remain committed to staying ahead of the game with cutting-edge, innovative themes. Exciting camps include Coding with Roblox, Advanced Robotics with Legos, Virtual Reality, and Adventures in Minecraft Game Design. Along with access to these sensational science programs, Club SciKidz provides franchisees with user-friendly back-end systems and unwavering support.

Club SciKidz has enriched the lives of more than 250,000 kids since 1997. To learn how you can impact children in your community and build a business you love, go to clubscikidz.com/own-a-childrens-science-franchise today!