Adapting to a “New Normal” Strengthens the Franchise Community

Adapting to a “New Normal” Strengthens the Franchise Community 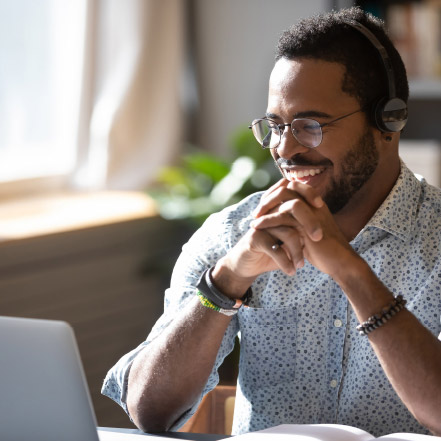 It’s no secret that COVID-19 restrictions have taken a toll on businesses, with many industries affected by forced closures and even essential businesses impacted by social distancing rules. For members of the franchise community, however, the wide support available has made the journey a bit easier. By Rochelle Miller

It’s no secret that COVID-19 restrictions have taken a toll on businesses, with many industries affected by forced closures and even essential businesses impacted by social distancing rules. For members of the franchise community, however, the wide support available has made the journey a bit easier. As summer is marked by the gradual easing of restrictions across the U.S., the franchise community faces a “new normal” together.

“In order to succeed as a franchise community, you have to draw on the strengths of one another,” said Alesia Visconti, CEO of FranServe, Inc., the largest franchise consulting and expansion organization in the world.

Throughout the challenges presented to them, franchise owners were able to lean on their corporate team to guide them, according to Visconti, unlike independent business owners who had to face the journey alone. As a result, many brands managed to not just survive – but thrive – during the crisis.

One prime example is Challenge Island, an educational franchise whose business model relies on conducting afterschool programs on-site at school facilities. The crisis forced the company to adapt, and it took its program online for the first time ever. Within a week of schools closing, Challenge Island began offering virtual classes on a new platform. Though many of the company’s franchise owners are now either resuming or preparing to resume in-person classes for summer, its virtual program has already been recognized by Parade Magazine and Business Insider, according to the company. “It could be a brand new profit center,” said Sharon Duke Estroff, the company’s CEO. As things return to “normal,” virtual classes are now being considered as a permanent addition to the business, providing another revenue stream for franchise owners.

“The franchise industry is very adaptive. They’re all entrepreneurs. They’re all out-of-the-box thinkers,” said Visconti, whose firm has been guiding and supporting franchisors through unchartered territory.

With a combined total of more than 1,000 franchise brands and FranServe franchise consultants, FranServe has always worked virtually since its stakeholders are scattered around the globe. That experience has been a commodity for FranServe’s clients, many of whom were operating their business virtually for the first time.

“FranServe has always been a virtual company, so there has been no learning curve for us, though we did help our brands learn how to navigate virtually. They were amazing and adapted quickly. We helped them to pivot through education and lead by example,” Visconti said. Communication is key, and “over-communication” when leading in a virtual environment is necessary, she advised.

Many brands utilizing FranServe’s service expanded during the pandemic, guiding new franchise owners in the startup phases. “We have had very successful months the last four months, helping them to expand with new franchisees. It’s because it’s a joint effort,” Visconti explained. “They adapted, we adapted, and people are now business owners – and that’s a wonderful thing.”

FranServe itself has had to shift gears. Though FranServe’s convention scheduled for mid-July at Walt Disney World had to be cancelled, the company still hosted a convention with an unprecetented virtual event. “It’s exciting,” said Visconti. “We wouldn’t have planned it normally, but in life, there are often silver linings.“ While the venue of the conference changed, Visconti believes the sentiment of the franchise community is the same – and perhaps more unified than it was before. “My favorite hashtag is #FranchiseStrong,” she said.